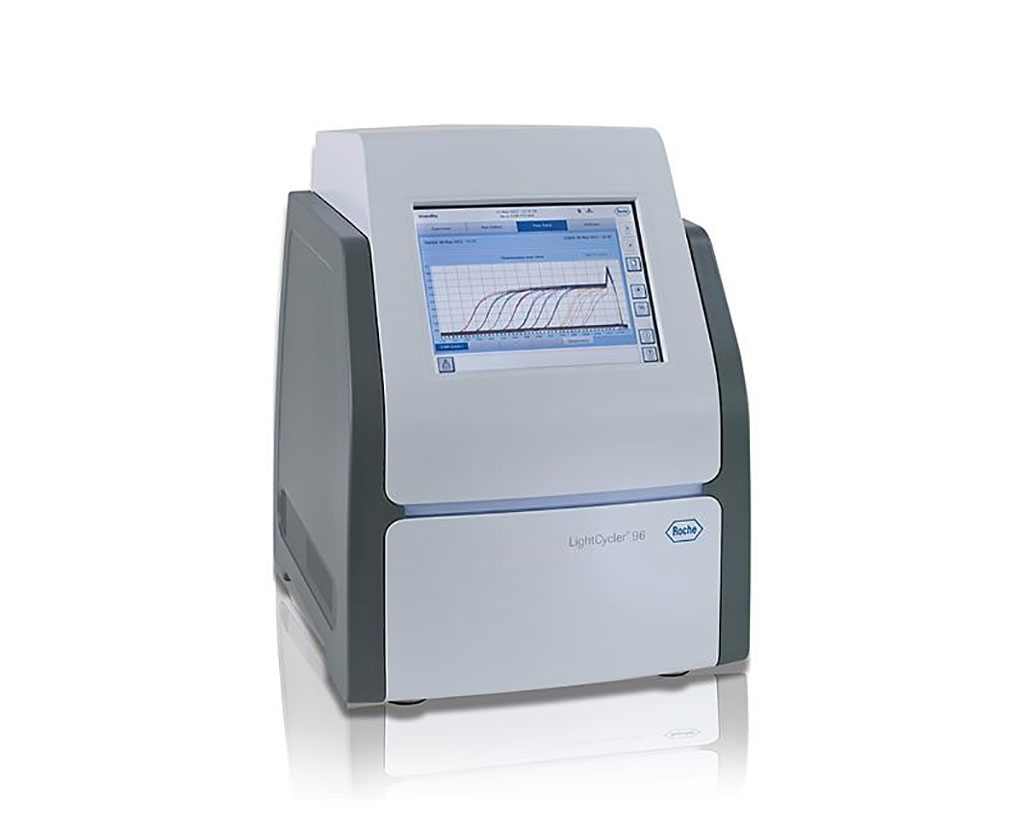 Image: The LightCycler 96 Instrument is a real-time PCR system for rapid cycling up to 96 samples (Photo courtesy of Roche Molecular Systems).
Scabies caused by Sarcoptes scabiei mites, is a highly contagious parasitic disease characterized by intense itching which is aggravated at night. Infections by scabies mites result in various skin eruptions consisting of papules, nodules, vesicles, and excoriated eczematous lesions due to scratching.

Scabies is associated with long-term residence in nursing homes, the homeless and refugees, and it is a public health burden worldwide Microscopic examination of skin scrapings is widely used for the diagnosis of scabies, but it has a suboptimal sensitivity of only 50%. Dermoscopy has been widely used, but it has a disadvantage in that it has low specificity and is affected by the dermatologist’s experience.

Infectious disease specialists at the University of Ulsan College of Medicine (Seoul, Republic of Korea) evaluated the diagnostic value of polymerase chain reaction (PCR) from skin scraping in patients with suspected scabies. Adult patients with suspected scabies, unrelated diseases or healthy volunteers were enrolled at a tertiary hospital, from December 2017 through October 2018. A total of 47 participants, 33 with suspected scabies, 10 with unrelated diseases, and four healthy volunteers were enrolled. Of the 33 patients, 22 were classified as confirmed scabies, two as clinical scabies, six as suspected scabies, and three as no scabies. PCR was performed on the skin scrapings to target the cytochrome c oxidase subunit 1 (cox1) gene of Sarcoptes scabiei. Real-time PCR amplification was performed with the LightCycler 96 system (Roche Molecular Systems, Pleasanton, CA, USA).

The authors concluded that scabies PCR was shown to offer an improvement in assay sensitivity compared to that of microscopy examination for the diagnosis of scabies by clinical criteria. This technique can, therefore, be considered as an adjunct method for the diagnosis of scabies, particularly in microscopy-negative suspected cases. The study was published on April 7, 2020 in the journal PLOS Neglected Tropical Diseases.