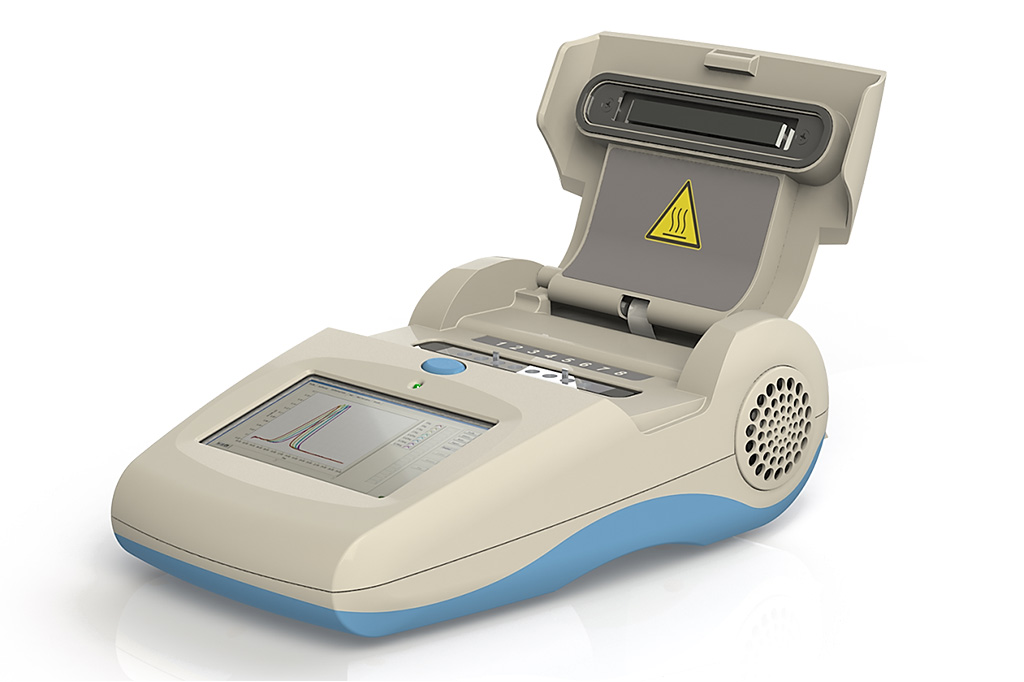 Scientists at the University of Salamanca (Salamanca, Spain) originally developed a loop-mediated isothermal amplification (LAMP) method for the detection of S. mansoni DNA (SmMIT-LAMP). They have now developed an important improvement for SmMIT-LAMP molecular assay, transforming it into a cold maintenance dry format suitable for potentially manufacturing as kit for ready-to-use for schistosomiasis diagnosis.

DNA from three patients’ tissue samples with microscopy-confirmed infection with S. mansoni was tested by LAMP including cutaneous and hepatic biopsies and an appendix biopsy. DNA was isolated from tissue samples using the QIAamp DNA Mini Kit (QIAGEN, Hilden, Germany). The real-time SmMIT-LAMP reactions were performed in 8-tube Genie Strips on a portable Genie III device (OPTIGENE Ltd., Horsham, UK) at 65 °C for 60 minutes followed up by 10 minutes at 80 °C. Amplicons were confirmed on 1.5% agarose gels when required.

The team reported that endpoint results at 65–70 minutes (counting 60 minutes for reaction plus 5–10 minutes of inactivation) were clearly observed with naked eye by adding the fluorescent dye SYBR Green I post-amplification. The positive LAMP reactions turned to green; otherwise, they remained orange. Correlation of positive colorimetric results with the typical ladder of multiple bands on agarose gels was clear.

Real-time SmMIT-LAMP was carried out on a portable device using the same reaction conditions, but testing including or not betaine in the master mix. Real-time reactions worked properly in both cases and a strong correlation between the signal of the fluorescent EvaGreen dye and electrophoresis was obtained. However, removing betaine from the mixture resulted on a 10 minute reduction in the amplification time while showing identical intensity of electrophoresis bands. Both fresh and desiccated SmMIT-LAMP mixtures yielded amplification signals for S. mansoni-positive control and tissue samples. Nevertheless, a delay in the appearance of positive results and a decrease in the fluorescence signals were observed when using desiccated mixtures.

The authors concluded that the one-step dry-up protocol is simpler and faster than those previously reported and allows maintaining the functionality for at least three weeks at RT and up to five months at 4 °C. Their work demonstrated an important improvement for SmMIT-LAMP molecular assay, transformed into a cold maintenance dry format suitable for manufacturing as kit for ready-to-use for S. mansoni DNA detection. The study was published on October 14, 2019 in the journal Scientific Reports.