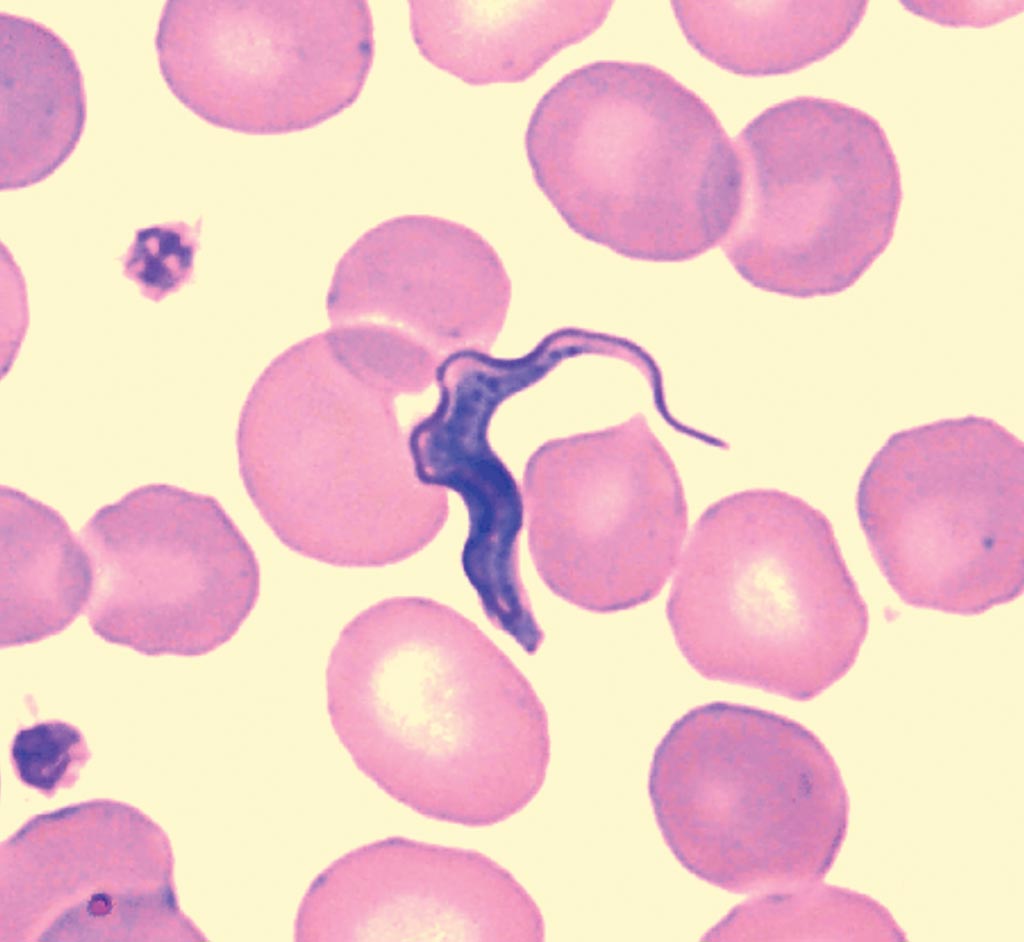 Where human African trypanosomiasis (HAT) patients are seen, failure to microscopically diagnose infections by Trypanosoma brucei gambiense in blood smears and/or cerebrospinal fluid (CSF) in the critical early stages of the disease is the single most important factor in treatment failure.

An international team of scientist led by Johns Hopkins University School of Medicine (Baltimore, MD, USA) obtained 150 clinical samples from HAT patients. The team hypothesized that the enhanced sensitivity of detergent-enhanced loop-mediated isothermal amplification (LAMP) will allow for point of care (POC) detection of African trypanosomes in the CSF of HAT patients where the probability for detecting a single parasite or parasite DNA molecule in 1 μL of CSF sample is negligible by current methods.

Under sham conditions, parasite DNA was detected by RIME and TBG1 LAMP in 1.4% of the stage-1 and stage-2 gambiense HAT CSF samples tested. After sample incubation with detergent, the number of LAMP parasite positive stage-2 CSF’s increased to 26%, a value which included the two of the four CSF samples where trypanosomes were identified microscopically. Unexpected was the 41% increase in parasite positive stage-1 CSF’s detected by LAMP.

The authors concluded that the study detected genomic trypanosome DNA in the CSF independent of the HAT stage and may be consistent with early CNS entry and other scenarios that identify critical knowledge gaps for future studies. Detergent-enhanced LAMP could be applicable for non-invasive African trypanosome detection in human skin and saliva or as an epidemiologic tool for the determination of human (or animal) African trypanosome prevalence in areas where chronically low parasitemias are present. The study was published on August 19, 2019, in the journal PLOS Neglected Tropical Diseases.