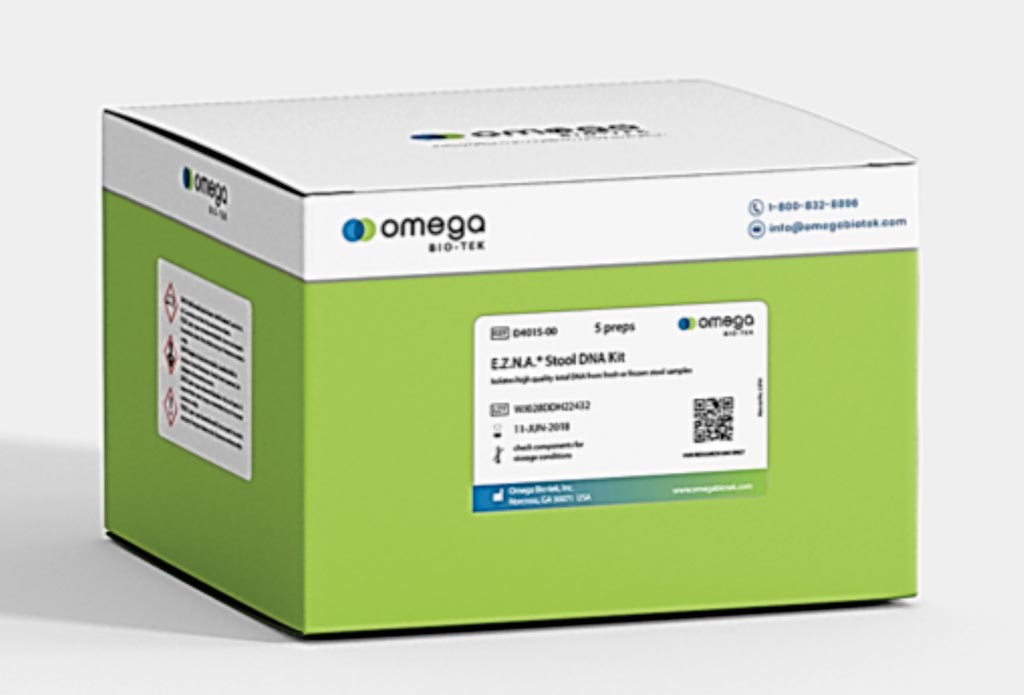 Image: The E.Z.N.A Stool Extraction Kit Isolates DNA from stool samples using spin columns (Photo courtesy of Omega Bio-tek).
Type 1 diabetes mellitus (T1D) is an autoimmune disorder characterized by the destruction of insulin-producing ß-cells in the pancreas, resulting in a life-long dependence on exogenous insulin. T1D is an autoimmune condition that can develop at any age.

According to recent estimates, there are 1.3 million adults in the USA living with diabetes. Although the causes of type 1 diabetes are not yet known, there are many risk factors for this metabolic condition. Genetic risk factors for T1D have been identified in over 50 diverse genetic loci, but the greatest genetic determinant of T1D remains the human leukocyte antigen (HLA) region.

A team of scientists including those from Linköping University (Linköping, Sweden) examined data available from the All Babies in Southeast Sweden (ABIS) study. They conducted the ABIS study with the aim of understanding why children develop conditions that primarily involve the immune system. The ABIS study contains data from questionnaires and biological samples on over 17,000 children born in 1997–1999. As part of the study, scientists collected biological samples "at birth, 1 year, 2–3 years, and 5–6 years of age." The samples included "blood, urine, stool, and hair."

To enable the comparison of different levels of HLA risk for developing T1D autoimmunity, subjects with available HLA genotype data were placed into one of four categories of risk based on their HLA genotype. DNA from each sample was extracted from ~200 mg of stool, using the E.Z.N.A Stool Extraction Kit. DNA used for subsequent polymerase chain reaction (PCR) was quantified and assessed for purity using a NanoDrop spectrophotometer. Amplicons from each sample were pooled and sequenced on the MiSeq platform.

The scientists reported that both the core microbiome and beta diversity differ with HLA risk group and genotype. In addition, protective HLA haplotypes are associated with bacterial genera Intestinibacter and Romboutsia. They found that children with a high genetic risk had a different composition in their gut microbiota and different gut microbiomes than children with a low risk. The authors concluded that the information gained from this type of cohort furthers our understanding of how HLA genetic risk drives changes in the gut microbiome and how genetics may be “setting the stage” for environmental triggers that ultimately lead to T1D autoimmunity. The study was published on August 9, 2019, in the journal Nature Communications.