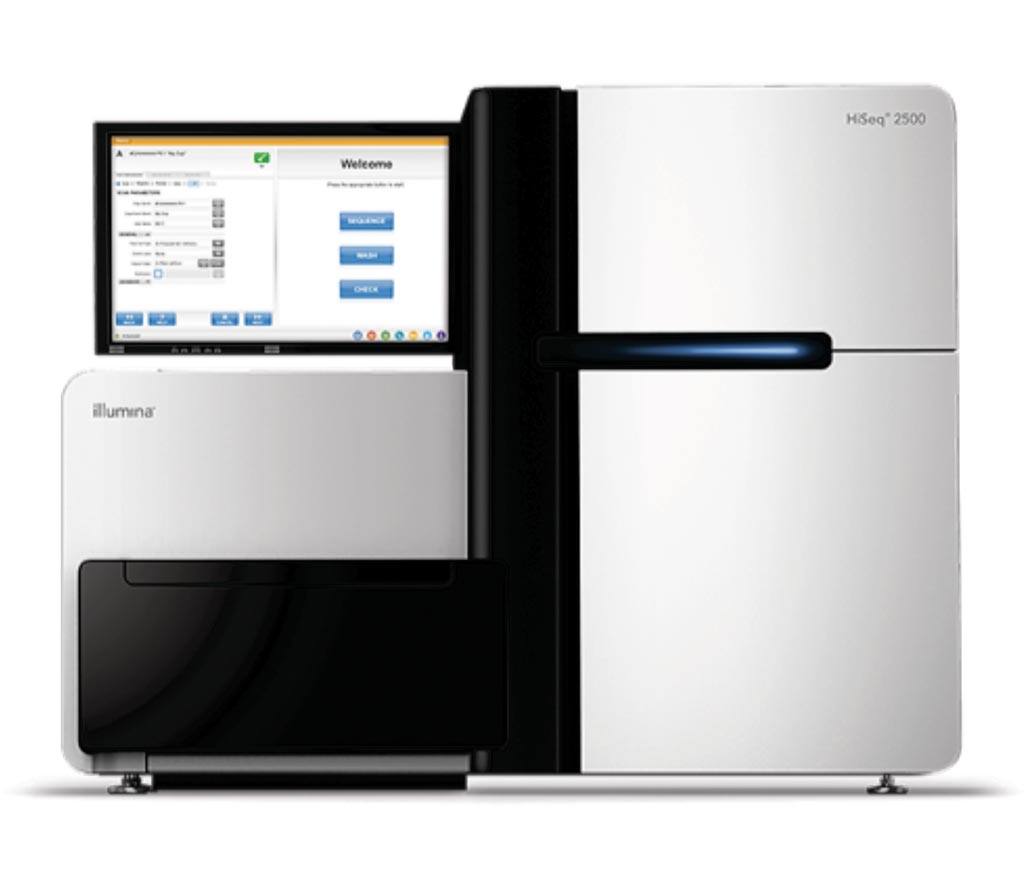 Image: The HiSeq 2500 high-throughput sequencing system (Photo courtesy of Illumina).
Metagenomic next-generation sequencing (NGS) is a promising approach for the diagnosis of infectious disease because a comprehensive spectrum of potential causes, viral, bacterial, fungal, and parasitic, can be identified by a single assay.

Diagnosis by traditional approached is particularly challenging for neuroinflammatory diseases given overlapping clinical manifestations of infectious and noninfectious causes, a lack of diagnostic tests for rare pathogens, and the limited availability and volume of central nervous system (CNS) samples owing to the requirement for invasive procedures, such as lumbar puncture or brain biopsy.

A group of scientists collaborating with the University of California, San Francisco (San Francisco, CA, USA) investigated the usefulness of metagenomic NGS of CSF for the diagnosis of infectious meningitis and encephalitis in hospitalized patients. All positive tests for pathogens on metagenomic NGS were confirmed by orthogonal laboratory testing. The team enrolled 204 pediatric and adult patients at eight hospitals. Patients were severely ill: 48.5% had been admitted to the intensive care unit, and the 30-day mortality among all study patients was 11.3%. A total of 58 infections of the nervous system were diagnosed in 57 patients (27.9%).

Infections that were diagnosed solely by metagenomic NGS included St. Louis encephalitis virus (SLEV), hepatitis E virus, and Streptococcus agalactiae; these pathogens had not been considered by the treating clinicians for the patients. Metagenomic NGS also identified pathogens for which there was some degree of clinical suspicion, although conventional testing had returned negative (Neisseria, Nocardia farcinica, Candida tropicalis, Enterobacter aerogenes [now renamed Klebsiella aerogenes], S. mitis, and Enterococcus faecalis).

The authors concluded that clinical metagenomic NGS of CSF represents a potential step forward in the diagnosis of meningoencephalitis. This diagnostic approach may guide earlier and more targeted treatments for neuroinvasive infections, identify emerging infections and disease phenotypes, and accelerate the workup and treatment for noninfectious causes. The study was published on June 13, 2019, in The New England Journal of Medicine.