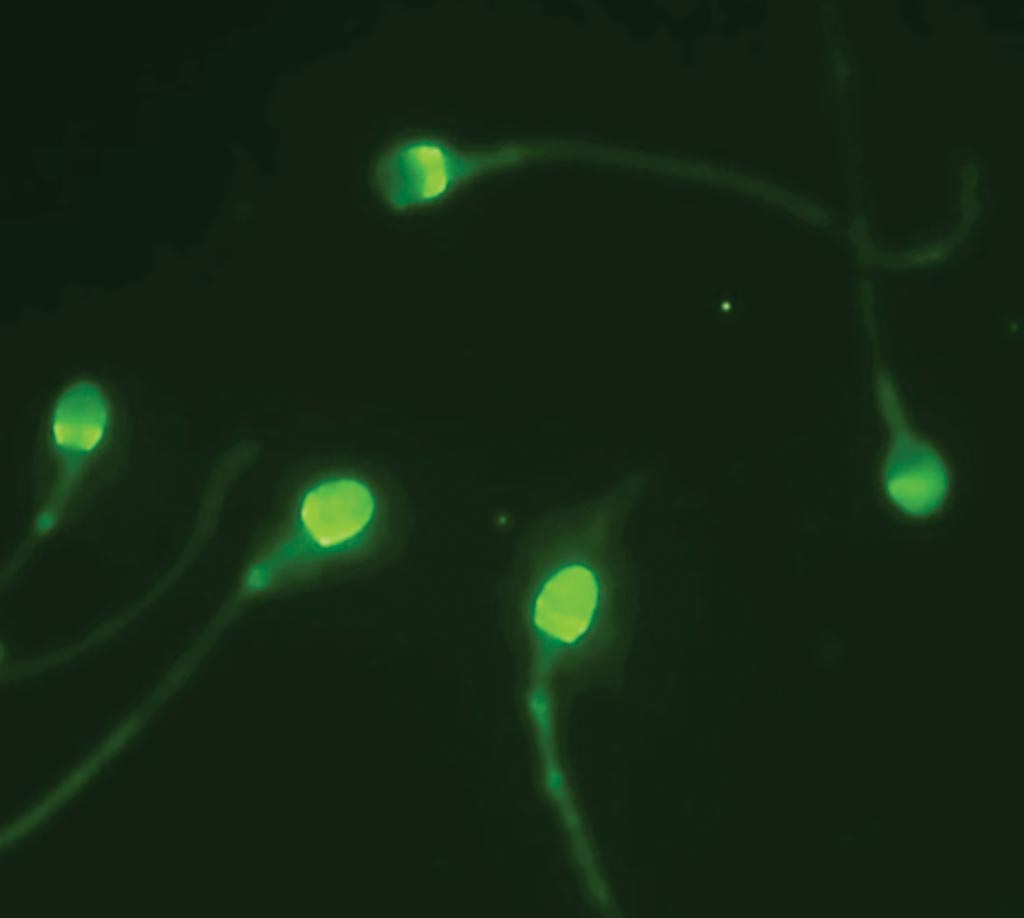 Image: The Cap‐Score detects and analyzes localization patterns using fluorescent microscopy to distinguish fertile from infertile sperm cells (Photo courtesy of Androvia LifeSciences).
Male fertility is a serious and growing concern globally. Yet, the field of andrology faces critical gaps in diagnostic technologies and knowledge, affecting scientific advancement as well as clinical management by both reproductive endocrinologists and urologists.

Although effective at identifying descriptive parameters, traditional semen analysis fails to identify defects in sperm function. Put simply, it does not provide information about whether a man's sperm can fertilize an egg, and the probability of that man generating a pregnancy.

A team of scientists working with Cornell University (Ithaca, NY, USA) collected 208 semen samples from men having medical evaluations because of questions regarding their fertility. In addition to undergoing traditional semen analysis, the team tested the samples and assigned them prospectively into groups predicted to have low versus normal fertility. The samples were collected and processed using Cap‐Score Male Fertility Assay kits. Clinical outcomes were later reported for 91 of these men.

The team reported that men with normal Cap-Scores had a 2.78-fold higher chance of pregnancy than men with a low score, and a 4.23-fold higher success rate at achieving pregnancy in their first attempt at intrauterine insemination (IUI). In contrast, none of the elements of semen analysis, such as sperm swimming or concentration, had any relationship with male fertility. The team collected more Cap-Scores and clinical outcomes from a total of five fertility clinics and urology practices and using data from 124 men, the scientists generated a curve that translates a Cap-Score into the probability of generating a pregnancy.

Alexander J. Travis, VMD, PhD, an Associate Professor of Reproductive Biology and senior author of the study, said, “Out of all the tests commonly used to measure sperm, the Cap-Score is the only one that prospectively has been shown to indicate the probability of a man to generate a pregnancy. This new ability to diagnose a man's fertility status and ability to generate a pregnancy will let doctors counsel their patients toward a personalized journey to parenthood, using the approaches most appropriate for them.” The study was published on September 24, 2018, in the journal Molecular Reproduction and Development.