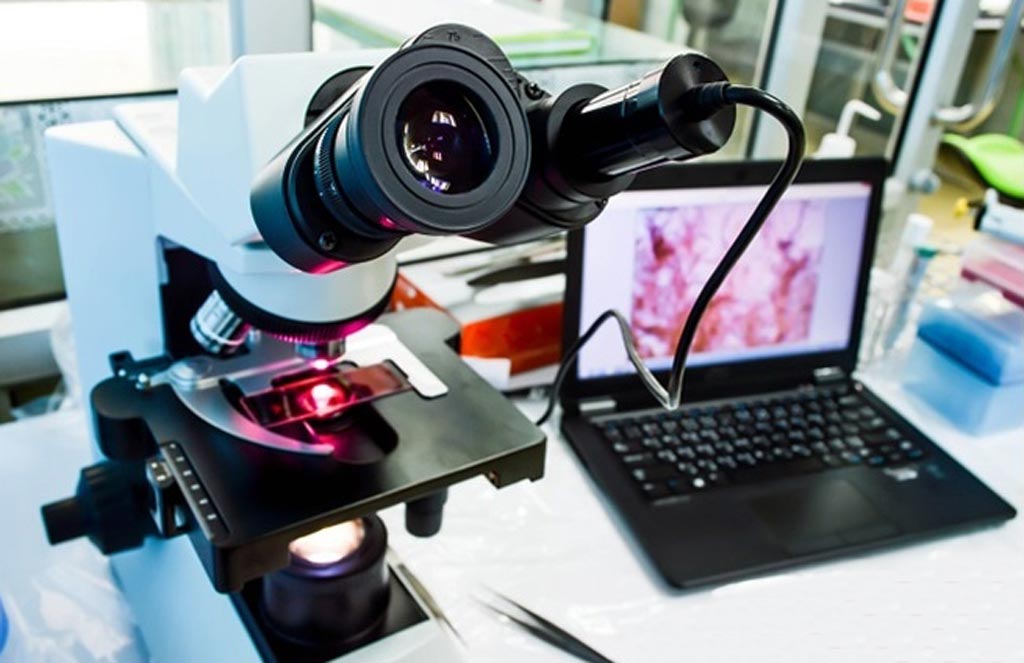 Image: The global digital pathology market is projected to reach USD 600 million by 2022 (Photo courtesy of Shutterstock).
The worldwide digital pathology market is projected to grow at a CAGR of 8.5% from 2017-2022 to reach USD 600 million by 2022, despite the presence of headwinds that are suppressing market potential and limiting its growth. These are the latest findings of Signify Research, (Cranfield, Bedfordshire, England), an independent supplier of market intelligence and consultancy to the global healthcare technology industry.

Despite its early hype, the world market for digital pathology, comprising whole slide scanner hardware, software and services, remains at a nascent stage, although it is showing signs of gaining momentum. The first FDA approval of a digital pathology solution for primary diagnosis in the US in 2017 was a landmark, although no other system has received approval since then. Additionally, the successful implementation of regional digital pathology networks in Northern Europe could act as blueprint for other health systems. The strong trend towards consolidation of services in healthcare is driving several clinical hospital networks and clinical laboratories to centralize and consolidate their networks, which is expected to create larger “hubs” for digital pathology.

The adoption rate of image analysis software and computational pathology in the pre-clinical pharmaceuticals and life sciences sectors, especially in support of drug discovery, is expected to be higher as compared to the clinical segments. The hospital and clinical laboratory segments continue to grow and are expected to witness a stronger growth in the mid and long-term due to regulatory constraints, complexity of integration with existing clinical IT, and lengthy procurement cycles.

However, the global digital pathology market also faces headwinds, such as the slow process of convincing pathologists to give up traditional microscopes for digital scanners and software viewers. Several healthcare providers and clinical laboratories have approached digitalization in a gradual manner, choosing to use digital workflow for only certain pathology diagnoses, or have adopted digital pathology for secondary uses, such as in clinical education or secondary review.

The lack of regulatory approval for the use of digital scanners and software in pathology in the US prior to 2017 has stalled their market adoption, resulting in several high-profile vendors exiting the market. Another significant issue is the standards adoption for software as the early software provided to users with whole slide imaging scanners was commonly proprietary to the scanner, limiting interoperability between healthcare systems and between departmental IT systems. In spite of some progress being made, proprietary solutions continue to pose a challenge for the market.

“The interest and enthusiasm for digital pathology has ebbed and flowed over the last decade. However, we are now seeing significant changes in the market, with a notable increase in demand for digital scanners, especially in North America, China and Northern Europe,” said the report’s author, Signify Research analyst Steve Holloway. “Moreover, the software sector is moving towards less proprietary solutions, with several “scanner-agnostic” software management platforms emerging in the last few years. While there is a long way to go for digital pathology to become mainstream in leading clinical markets, recent developments suggest the market is starting to open up.”

“The digital pathology market continues to hold significant promise. While our market growth outlook is relatively modest, there is potential for upside if regulatory approval of new solutions in North America increases. Moreover, the promise of computational pathology, evident from the recent surge in seed funding, could also create an uptick in demand later in the forecast,” added Holloway.