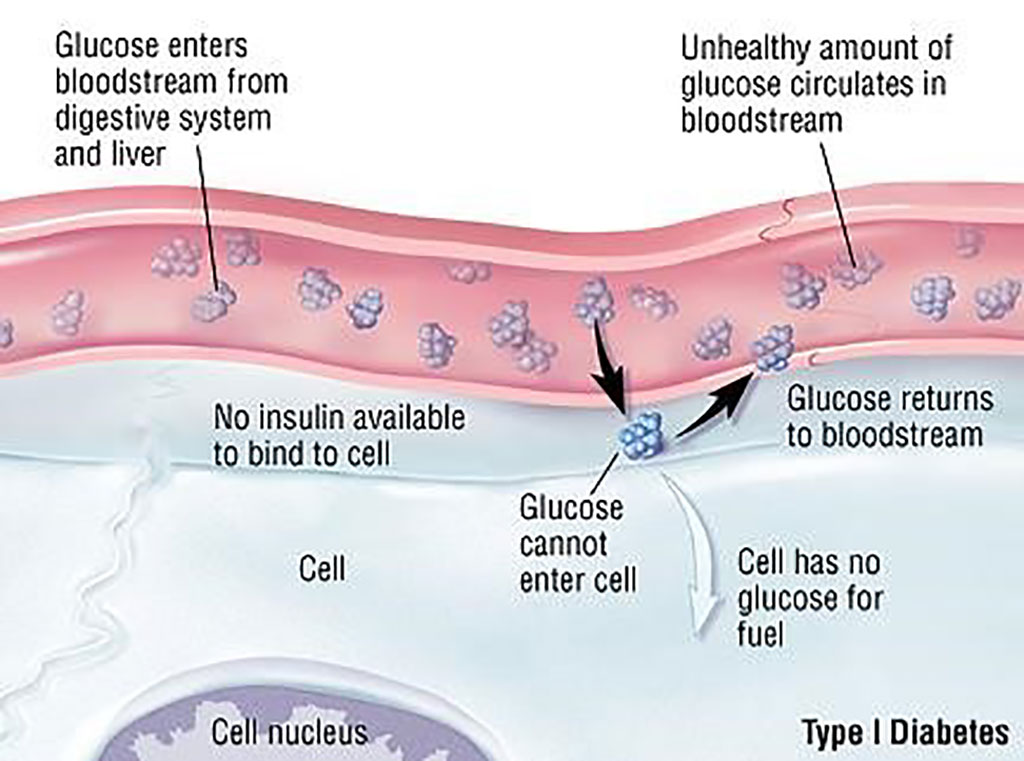 Image: Schematic diagram of Type 1 Diabetes (TID). Immune Response to Insulin Could Identify and Help Treat Those at Risk for TID (Photo courtesy of Harvard Medical school).
Type 1 diabetes (T1D), also known as juvenile diabetes, is a form of diabetes in which very little or no insulin is produced by the islets of Langerhans (containing β-cells) in the pancreas. Insulin is a hormone required for the body to use blood sugar.

T-cell responses to posttranslationally modified self-antigens are associated with many autoimmune disorders. Type 1 diabetes (T1D) is a prototypical organ-specific autoimmune disease that results from the T-cell–mediated destruction of insulin-producing β-cells within pancreatic islets. The natural history of the disease is such that it allows for the study of T-cell reactivity prior to the onset of clinical symptoms.

Aaron W. Michels, MD, an Associate Professor specializing in Endocrinology, Diabetes and Metabolism, and a senior study author, said, “We want to know why people develop T1D, and this research has helped provide a lot more information and data as to what it looks like when genetically at-risk individuals are headed towards clinical diagnosis. Ideally, you want to treat a disease when it’s active, so this is a need in our field to understand when people have an immune response directed against insulin producing cells.”

The authors concluded that their results have important implications to stratify the risk of developing T1D and identifying individuals who may benefit from immune intervention studies. The study was published on February 9, 2021 in the journal Proceedings of the National Academy of Sciences of the United States of America.