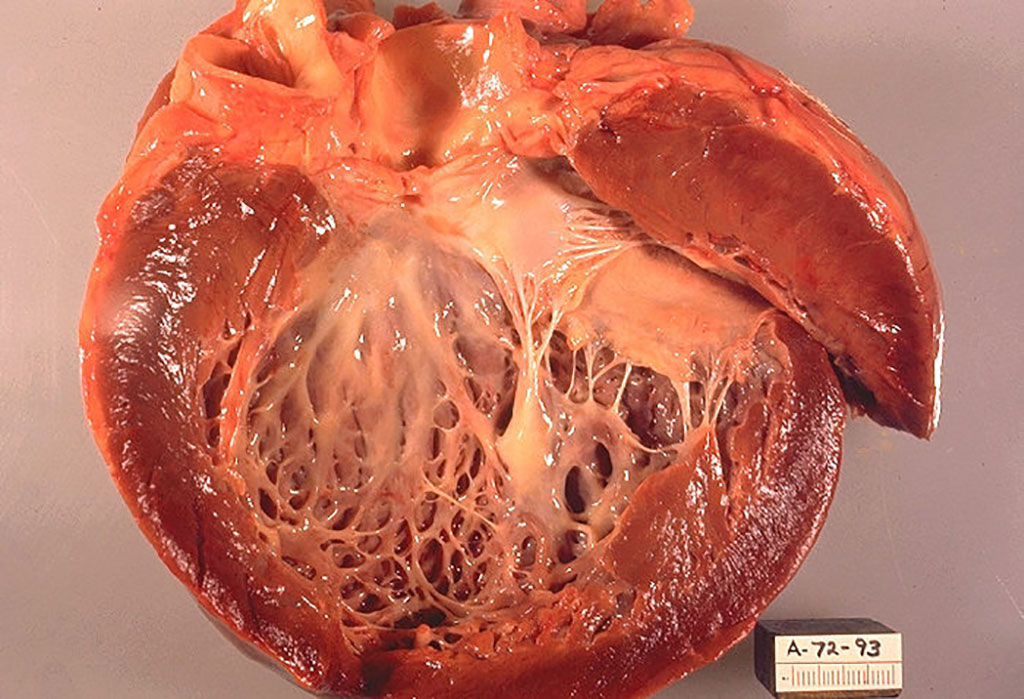 However, many individuals with cardiomyopathies or arrhythmias do not receive genetic testing and therefore cannot benefit from gene-specific clinical management. Barriers to testing include limited clinician knowledge of genetics and results interpretation as well as real and perceived concerns regarding cost, insurance coverage, and low diagnostic yields.

Medical Scientists at the Feinberg School of Medicine (Chicago, IL, USA) and their colleagues performed a cohort study that involved a retrospective review of DNA sequencing results for cardiomyopathy- and arrhythmia-associated genes. The study included 4,782 patients with a suspected genetic cardiomyopathy or arrhythmia who were referred for genetic testing by 1,203 clinicians; all patients participated in a no-charge, sponsored genetic testing program for cases of suspected genetic cardiomyopathy and arrhythmia at a single testing site from July 12, 2019, through July 9, 2020.

Next-generation sequencing gene panels were used to simultaneously test for both sequence and exon-level copy number variants. Up to 150 genes associated with cardiomyopathies or arrhythmias were sequenced. The primary panel included 67 genes with established associations with cardiomyopathies and arrhythmias. Four optional add-on panels that included genes with preliminary associations with cardiomyopathies and arrhythmias could be ordered initially or after receipt of initial results without charge. Each gene was targeted with oligonucleotide baits (Agilent Technologies, Santa Clara, CA, USA; Roche, Pleasanton, CA, USA; Integrated DNA Technologies, Coralville, IA, USA) that were designed to capture exons and 10 bases of flanking intronic sequences.

The investigators reported that among 4,782 patients (mean age, 40.5± 21.3 years; 2,551 male [53.3%]) who received genetic testing, a positive result (molecular diagnosis) was confirmed in 954 of 4,782 patients (19.9%). Of those, 630 patients with positive results (66.0%) had the potential to inform clinical management associated with adverse clinical outcomes, increased arrhythmia risk, or targeted therapies. Combined cardiomyopathy and arrhythmia gene panel testing identified clinically relevant variants for 15 patients suspected of having a genetic cardiomyopathy or arrhythmia. If only patients with a high suspicion of genetic cardiomyopathy or arrhythmia had been tested, at least 137 positive results (14.4%) would have been missed.

If testing had been restricted to panels associated with the clinician-provided diagnostic indications, 75/689 positive results (10.9%) would have been missed; 27/75 findings (36.0%) gained through combined testing involved a cardiomyopathy indication with an arrhythmia genetic finding or vice versa. Cascade testing of family members yielded 402 of 958 positive results (42.0%). Patients referred for arrhythmogenic cardiomyopathy had the lowest rate of variants of uncertain significance (81/176 patients [46.0%]), and patients referred for catecholaminergic polymorphic ventricular tachycardia had the highest rate (48/76 patients [63.2%]).

Elizabeth M. McNally, MD, PhD, Professor of Genetic Medicine and senior author of the study said, “Notably, this study found a 10.9% gain in genetic diagnoses that would have been missed if testing had been limited to genes associated with a single cardiomyopathy or arrhythmia subtype.”

The authors concluded that comprehensive genetic testing for cardiomyopathies and arrhythmias revealed diagnoses that would have been missed by disease-specific testing. In addition, comprehensive testing provided diagnostic and prognostic information that could have potentially changed management and monitoring strategies for patients and their family members. They added that the benefits of identifying additional cases outweighs the risks posed by detecting variants of uncertain significance, which were found in 51.2% of their cohort. The study was published on August 10, 2022 in the journal JAMA Cardiology.