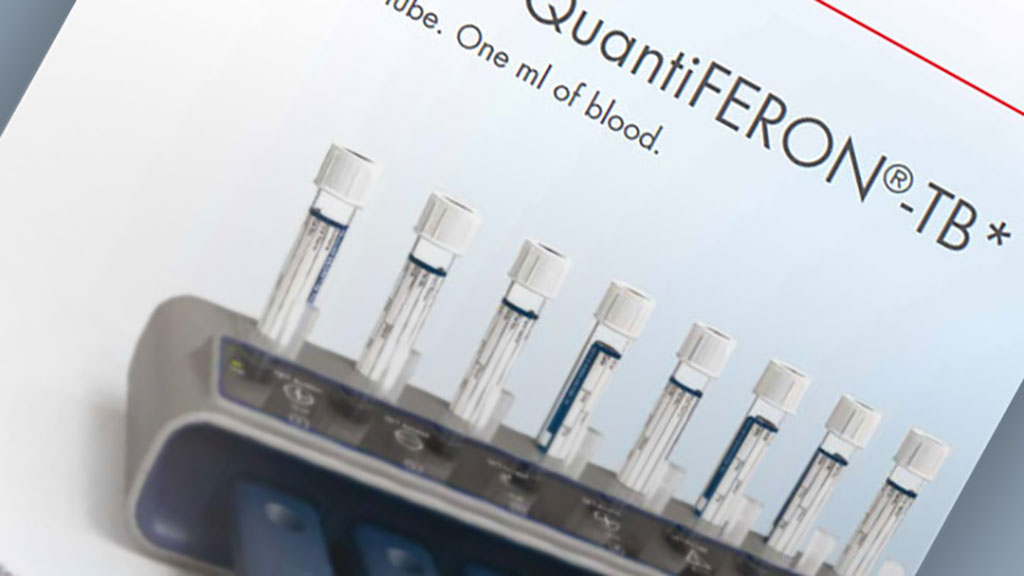 QIAGEN N.V. (Venlo, Netherlands) has announced that its QuantiFERON tuberculosis (TB) testing solution has gained additional momentum with the approval of the fourth generation of this modern gold standard test in China and a new endorsement from the World Health Organization (WHO).

QuantiFERON-TB Gold Plus and QIAreach QFT use blood samples to test for interferon-gamma proteins released from T-cells that have had contact with TB bacteria. They are the fastest and most convenient IGRA tests, as they do not require the isolation of white blood cells. Single-visit IGRA tests are a quantum leap from the use of Tuberculin Skin Test, which requires two visits to health professionals and a visual inspection to detect an infection.

China’s National Medical Products Administration (NMPA) has approved QuantiFERON-TB Gold Plus (QFT-Plus) for TB diagnosis, including active TB infections. This builds on the regulatory approvals for QFT-Plus for latent TB diagnosis in the US and other countries around the world, including CE-IVD marking. QFT-Plus is an important improvement over the previous version of QuantiFERON that was approved and used in China, offering even more accurate detection of infection, including in immunocompromised people. In China, all available IGRA tests including QFT-Plus are licensed to rule out active TB - other countries also approve these tests to detect the latent form of the TB disease (LTBI), in which people are infected, and have the potential to develop active disease. Since 2013, more than 1.5 million people in China have been tested for active TB infection using the proprietary QuantiFERON technology.

Additionally, the WHO has renewed its recommendation that blood-based Interferon-Gamma Release Assays (IGRA) are an alternative for the diagnosis of TB infection, in addition to the Tuberculin Skin Test (TST). In its latest policy statement, the WHO also took the first step towards endorsing the use of QIAGEN’s QIAreach QuantiFERON-TB (QIAreach QFT) - a portable, battery-operated test for TB detection especially designed for low-resource, high-burden regions - by recommending its use for additional research in more geographical and epidemiological settings. QIAreach QFT was launched in late 2021 and was recently approved by the Global Fund’s Expert Review Panel Diagnostics (ERPD). This approval means QIAreach QFT may now be procured by public health programs and institutions in more than 100 countries that qualify for Global Fund and/or UNITAID resources, as well as made available through the Stop TB Partnership’s Global Drug Facility (GDF).

“The approval of the latest version of QuantiFERON TB-Gold Plus in China strengthens the global coverage that QIAGEN can offer in the fight against TB,” said Jean-Pascal Viola, Senior Vice President of the Business Area Molecular Diagnostics at QIAGEN. “The new WHO recommendation for IGRA tests also confirms the clinical performance and utility of IGRAs, and in particular the value of QFT-Plus as the modern gold standard for blood-based TB detection. Additionally, we are pleased that the WHO recognizes the potential of QIAreach QFT to become a crucial element in TB detection strategies and our commitment to leave no country behind in this fight.”

"QuantiFERON TB-Gold Plus is much easier for our laboratory technicians to use than other tests – it doesn’t require complicated lab technology and is easily scalable for the kind of high-throughput testing we need,” said Dr. Gao Lei, Professor, Institute of Pathogen Biology at the Chinese Academy of Medical Sciences. "The world needs new technologies and methods to contest TB – and QIAGEN’s IGRA technology is playing a crucial role here.”