A Potential Point-of-Care Method for the Diagnosis of Sepsis 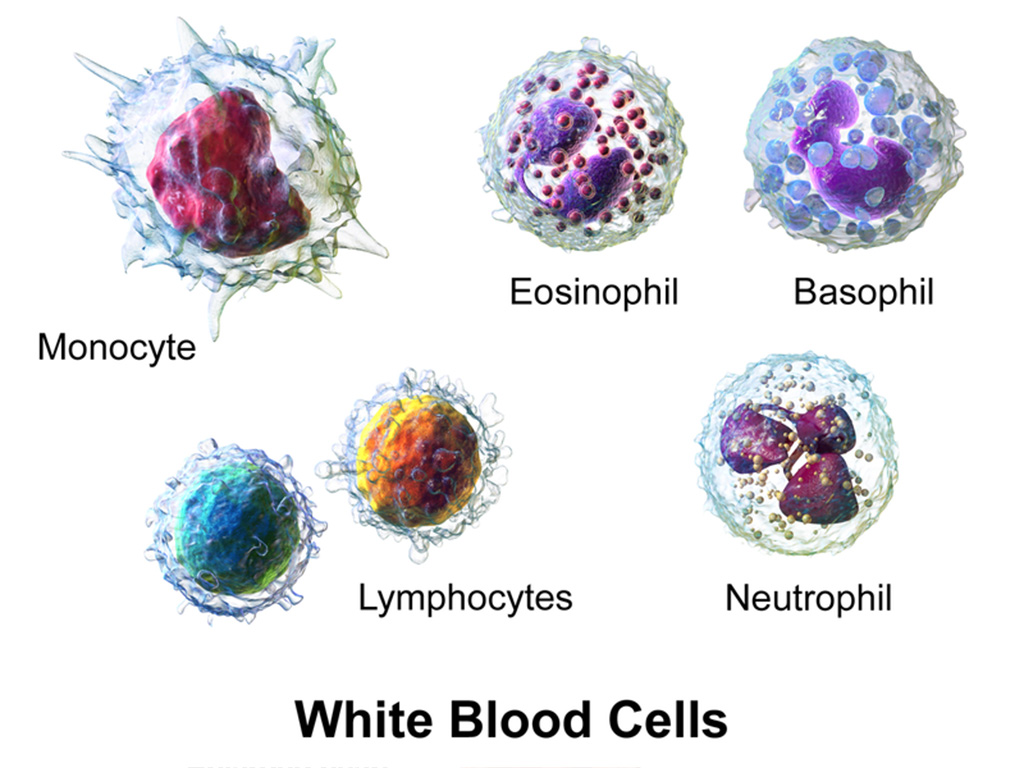 Image: Three-dimensional rendering of various types of white blood cells (Photo courtesy of Wikimedia Commons)
As part of the effort to create better methods to detect and treat sepsis, researchers developed a technique that enables measurement of the activation and function of white blood cells.

Current testing and diagnostic approaches fail to provide the precise and timely information needed to treat sepsis. To correct this, investigators at Brigham and Women's Hospital (Boston, MA, USA) designed a new method, based on microfluidics, which relies on minute channels to separate 50 microliter samples of peripheral blood into fractions comprising either the larger white blood cells or the smaller red blood cells and other elements of the blood.

The size-based microfluidic method was combined with novel isodielectric separation technology - developed by colleagues at the Massachusetts Institute of Technology (Cambridge, MA) - which measured cellular electrical activity. This method detected changes that occurred when white blood cells became activated and could distinguish patients with and without inflammation, such as in sepsis.

The investigators used the system to assess leukocyte phenotype and function over a period of seven days in serial samples from 18 hospitalized patients with sepsis and 10 healthy subjects.

Results revealed that the sepsis samples had significantly higher levels of CD16dim and CD16− neutrophils and CD16+ “intermediate” monocytes, as well as significantly lower levels of neutrophil-elastase release, O2 production, and phagolysosome formation. Repeated sampling of sepsis patients over seven days showed that leukocyte activation (measured by isodielectric separation) and leukocyte phenotype and function were significantly more predictive of the clinical course than complete-blood-count parameters.

"Our idea was to develop a point-of-care diagnostic test that, instead of focusing on the white blood cell count, would inform us about white blood cell activation state and function," said senior author Dr. Bruce Levy, chief of the division of pulmonary and critical care medicine at Brigham and Women's Hospital. "It has been exciting for us, as translational scientists, to work on a solution with outstanding bioengineer colleagues. Together, we are able to address a truly important clinical problem."

The potential use of the leukocyte function test to diagnose sepsis was described in the November 11, 2019, online edition of the journal Nature Biomedical Engineering.