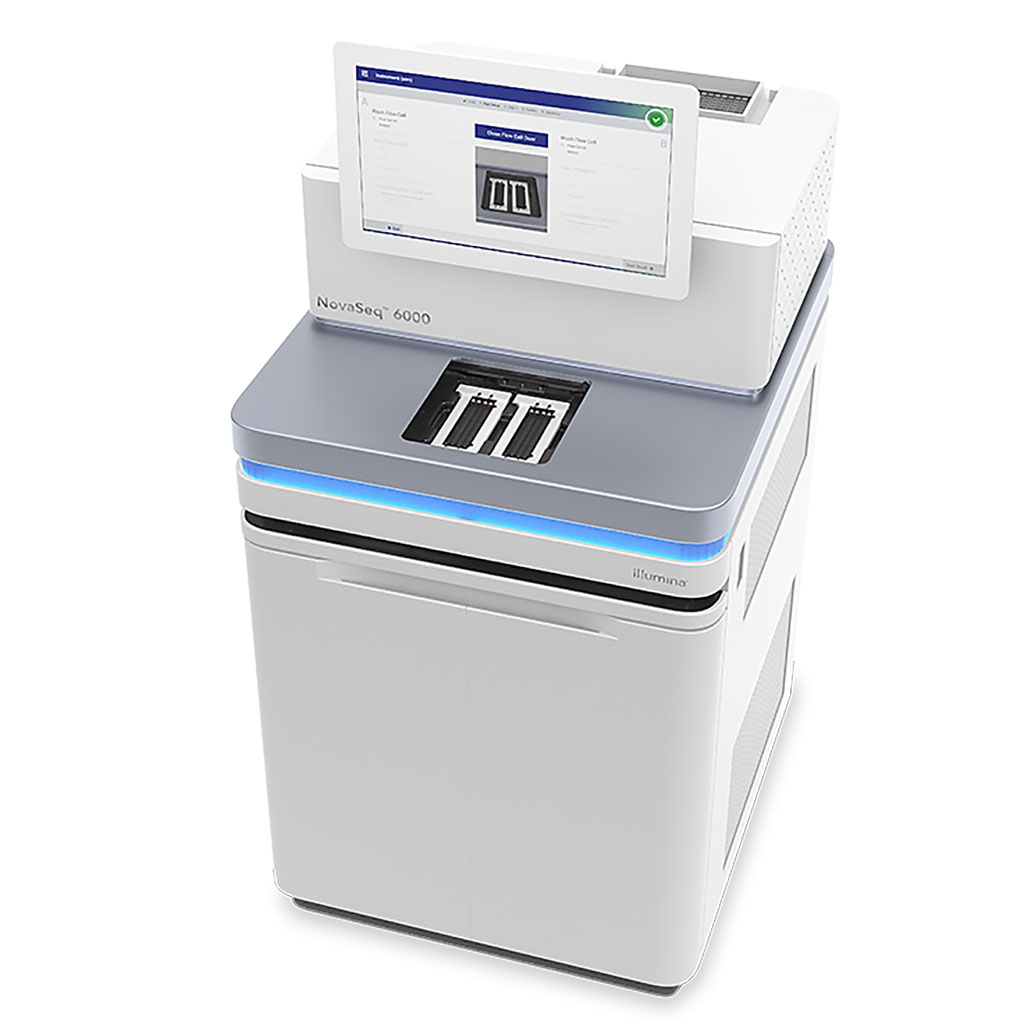 Image: The NovaSeq 6000 Sequencing System offers high-throughput sequencing across a broad range of applications (Photo courtesy of Illumina).
Inflammatory bowel disease (IBD) is a debilitating disease characterized by repeated flares of intestinal inflammation. The two major subtypes of IBD, Crohn’s disease (CD) and ulcerative colitis (UC) are distinguished by the location, continuity, and nature of the inflammatory lesions.

UC affects only the large intestine, spreading continuously from the distal to proximal colon, whereas CD most commonly affects the small and large intestine and is characterized by discontinuous bouts of inflammation. In addition to the significant morbidity associated with the disease, IBD patients have a 1.7-fold increased risk of developing gastrointestinal cancers compared to the general population.

A large team of scientists led by the Wellcome Sanger Institute (Hinxton, UK) whole-genome sequenced 446 colonic crypts from 46 IBD patients and compared these to 412 crypts from 41 non-IBD controls from a previous publication on the mutation landscape of the normal colon. Samples from the first 19 patients were whole genome sequenced on XTEN machines (Illumina, San Diego, CA, USA) and samples from other patients were whole genome sequenced on Illumina Htp NovaSeq 6000. Base substitution calling was carried out in four steps: Discovery, filtering of the discovery set, genotyping and filtering of the genotypes. Mutations were first called using the Cancer Variants through Expectation Maximization (CaVEMan) algorithm.

The investigators analyzed mutations in the colonic crypts in combination with information on IBD patients' age, the location of the tissue samples biopsied from the gut, and the extent of disease. Their search highlighted non-synonymous alterations affecting genes such as ARID1A, FBXW7, PIGR, ZC3H12A, and genes from the interleukin 17 and the Toll-like receptor pathways. Along with more extensive clonal expansions involving somatic mutations in samples from the IBD-affected individuals, the team noted that mutations tended to occur in genes that appear to be subject to positive selection in individuals with IBD.

Peter Campbell, MD, PhD, Head of Cancer Genetics and Genomics and co-senior author of the study, said, “These approaches have given us unique insights into the effects of inflammatory bowel disease on the DNA sequence of the inflamed tissue. The findings point to the possibility of using somatic alteration clues to understand IBD and other common diseases beyond cancer. It is exciting to see the methods that we and others have used to understand cancers now being applied to other common diseases.” The study was published on July 21, 2020 in the journal Cell.