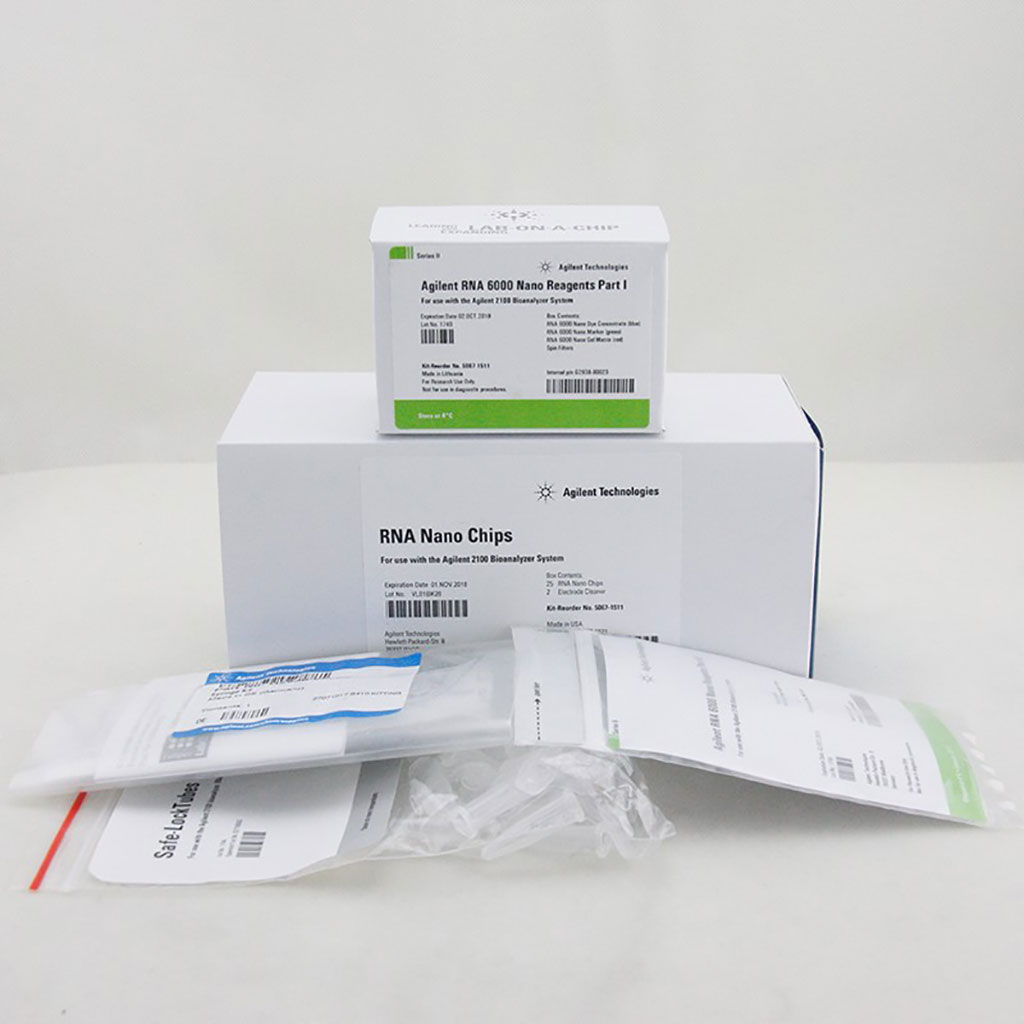 Image: The Bioanalyzer RNA 6000 Nano assay provides reliable and reproducible characterization of total RNA and mRNA from multiple sample types, from as low as 5 ng of total RNA (Photo courtesy of Agilent)
Bronchiolitis is the leading cause of hospitalization in infants in the USA, accounting for about 110,000 hospitalizations annually. In addition to the substantial acute morbidity, around 30% of infants hospitalized for bronchiolitis (“severe bronchiolitis”) subsequently develop asthma in childhood.

Medical Scientists at the Massachusetts General Hospital (Boston, MA, USA) and their colleagues analyzed the data from a multicenter prospective cohort study of infants hospitalized for bronchiolitis. This prospective cohort study completed enrollment of 1,016 infants (age < 1 year) hospitalized with bronchiolitis at 17 sites across 14 USA states. Of these 1,016 infants (median age, 3 months; female, 40%), 921 (91%) completed the run-in procedure.

To provide further insights, the team analyzed diverse clinical, genetic, and molecular data from 221 infants hospitalized with RSV bronchiolitis who were followed until age 5 years. They gathered information on the viruses that had infected the children, as well as information on the microbes, metabolites, and immune response-related molecules present in the children’s nasal passages.

The scientists reported that based on their analyses, four biologically and clinically meaningful subtypes, or endotypes, of RSV bronchiolitis exist. Of these, 1 endotype, which is characterized by coinfection by rhinovirus, dominance by specific bacteria, and high interferon (IFN) response, had an approximate 40% risk of developing asthma by age five.

Yoshihiko Raita, MD, an Emergency Medicine physician and first author of the study, said, “Our data add significant support to the emerging concept that bronchiolitis represents several diseases with unique biological mechanisms. For clinicians, our findings give an evidence base for the early identification of high-risk children during an important period of airway development, early infancy.

The authors concluded that by applying an integrated omics approach to data from a multicenter prospective cohort study of 221 infants with RSV bronchiolitis, they had identified four biologically distinct and clinically meaningful endotypes. The study was published on June 14, 2021, in the journal Nature Communications.