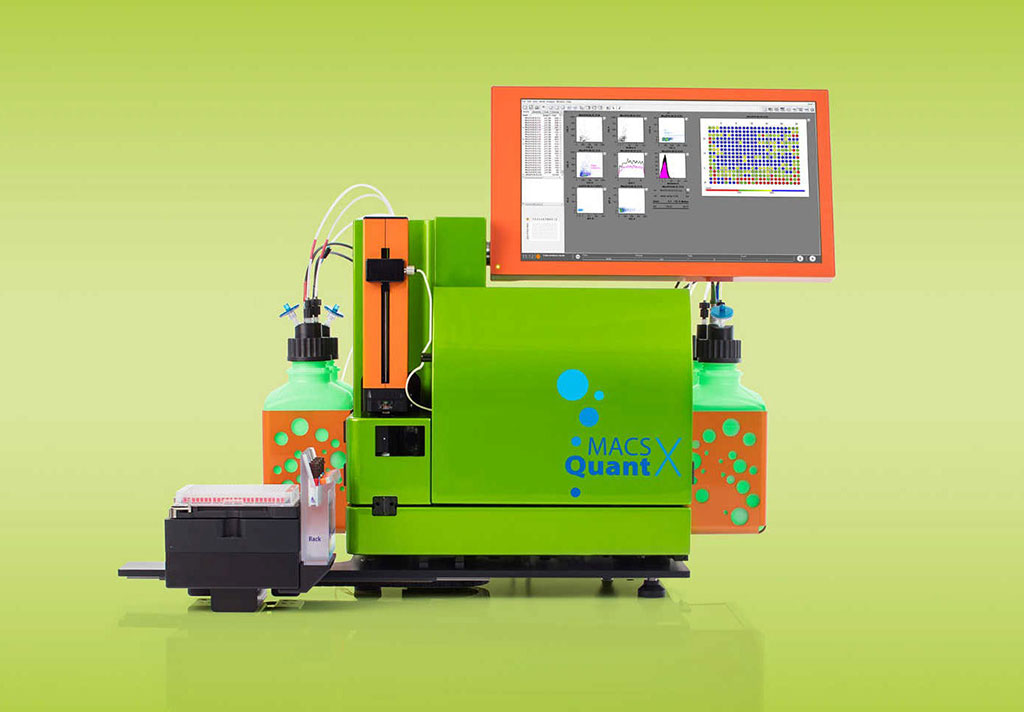 Image: The MACSQuant Analyzer 10 flow cytometer has three lasers (405, 488, 638 nm), two scatter (FSC, SSC) and seven fluorescent channels (Photo courtesy of Miltenyi Biotec)
In osteoarthritis (OA), the cartilage in the knee joint gradually wears away. As the cartilage wears away, it becomes frayed and rough, and the protective space between the bones decreases. This can result in bone rubbing on bone, and produce painful bone spurs. Osteoarthritis develops slowly and the pain it causes worsens over time.

Assessment of early OA is indispensable in the search for biomarkers as a diagnostic tool. OA pathology has a temporal pattern, and cartilage, bone, and synovial matrix biomarkers show a positive association with the progression of knee OA. Synovial inflammation has been identified as an independent factor significantly contributing to OA pathology.

The authors concluded that early OA joints show already significant inflammation through CD4+ T cell infiltration, with predominant Th1 cell polarization. Inflammation seems to be driven by direct proinflammatory cell interaction. Cytokine signaling seems to be negligible at the site of inflammation in early OA, with only IL-6 being significantly increased in SF compared to PB. The study was published on January 22, 2021 in the journal Arthritis Research & Therapy.