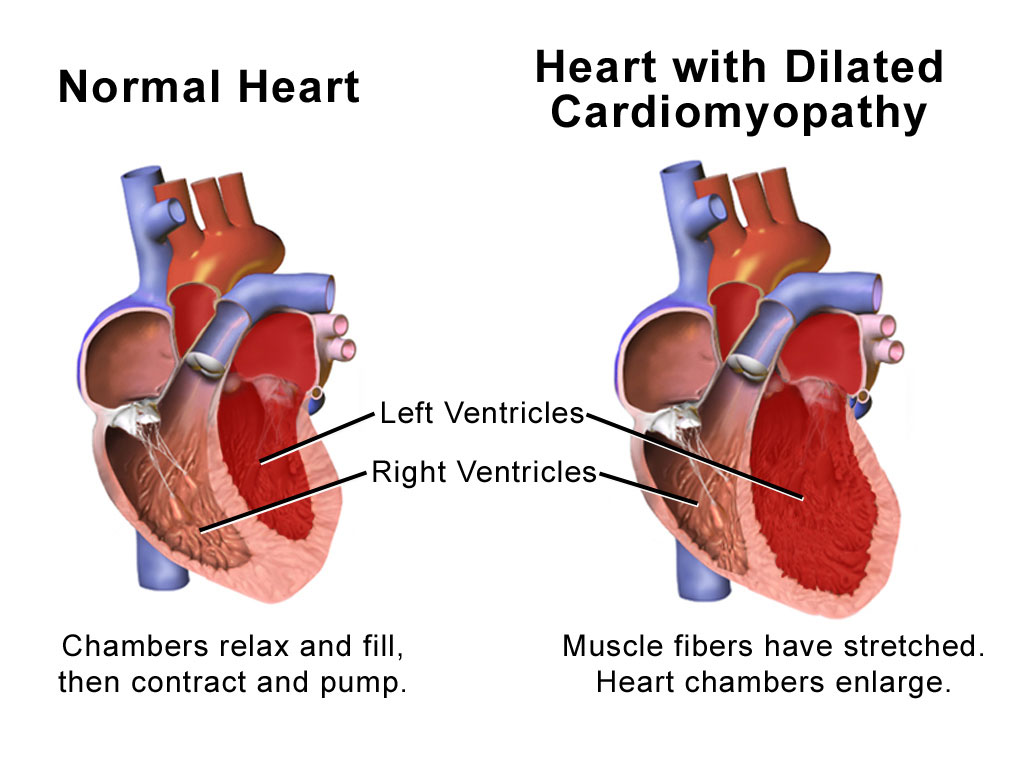 Image: Illustration of Normal Heart versus Heart with Dilated Cardiomyopathy (Photo courtesy of Medical gallery of Blausen Medical).
Heart failure affects about 40 million people globally, and most cases are due to ischemic heart disease, hypertension, or cardiomyopathies. Cardiomyopathies have been traced to rare variants in genes that encode sarcomere or cytoskeletal proteins, channels, or desmosomes, while genome-wide association studies have underscored common variants linked to heart failure.

Mendelian genetic conditions may represent an important subset of complex late-onset diseases such as heart failure, irrespective of the clinical presentation. Sequencing studies have identified causal genetic variants for distinct subtypes of heart failure (HF) such as hypertrophic or dilated cardiomyopathy. However, the role of rare, high-impact variants in HF, for which ischemic heart disease is the leading cause, has not been systematically investigated.

Medical scientists at the Columbia University Medical Center (New York, NY, USA) and their international colleagues sequenced the exomes of 5,942 people with heart failure from the Candesartan in Heart Failure-Assessment of Reduction in Mortality and Morbidity (CHARM) and the Controlled Rosuvastatin Multinational Trial in Heart Failure (CORONA) clinical trials. The mean age (± SD) was 68.9 ± 9.9 years and 4,213 (70.9%) were male. Most of the patients in the CORONA and CHARM trial had heart failure with reduced ejection fraction, though a portion of the CHARM study patients had heart failure with preserved ejection fraction. The studies included 13,156 unrelated controls.

The team reported that in their analysis of all heart failure subtypes, the TTN gene reached study wide significance, with the strongest association in a dominant protein truncation variant model. Protein truncation variants in TTN are a known cause of cardiomyopathy, particularly dilated cardiomyopathy. Most of the cardiomyopathy-associated variants cluster in the distal exons, and the likelihood that a variant is pathogenic can be captured by the proportion spliced-in (PSI) metric. More than 55% of heart failure patients with TTN-truncating variants with high PSI scores had ischemic heart disease as their primary etiology, suggesting that even though TTN variants are only known to cause nonischemic cardiomyopathies, they are enriched among heart failure patients with ischemic disease, as compared to controls.

The authors concluded that an increased burden of diagnostic Mendelian cardiomyopathy variants in a broad group of patients with HF of mostly ischemic etiology compared with controls was observed. This work provides further evidence that Mendelian genetic conditions may represent an important subset of complex late-onset diseases such as HF, irrespective of the clinical presentation. The study was published on December 16, 2020 in the journal JAMA Cardiology. 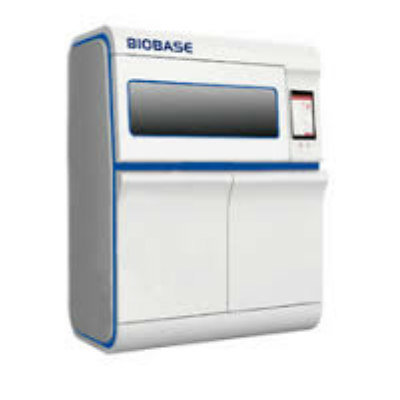