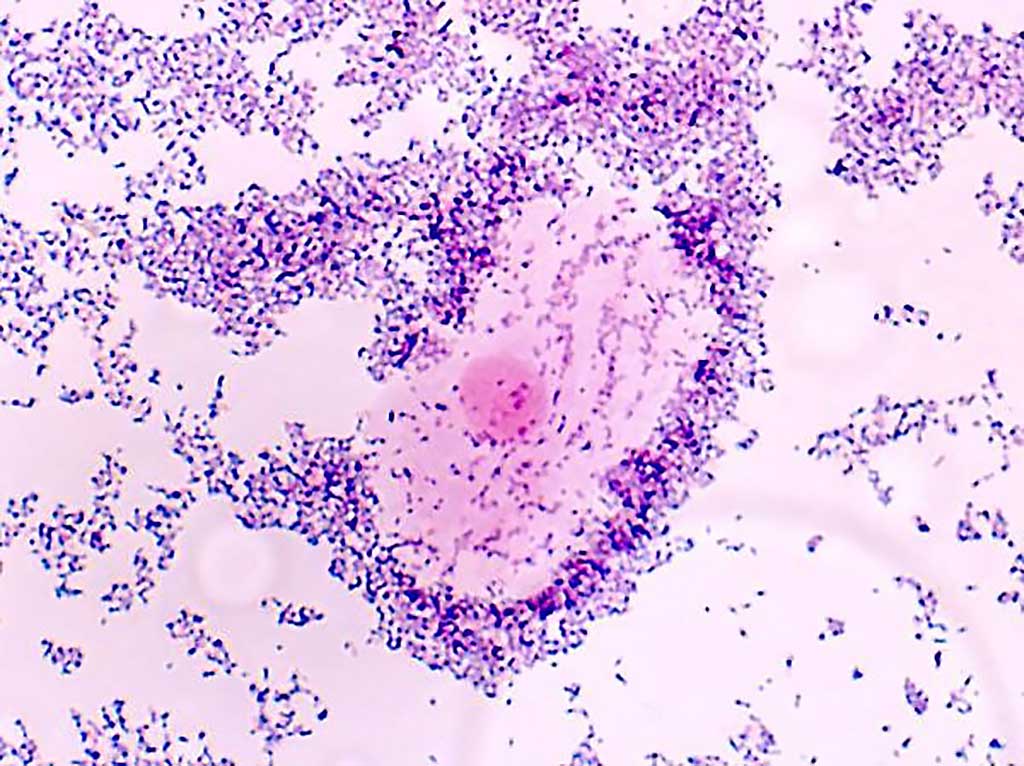 Image: Photomicrograph of a vaginal epithelial clue cell coated with Gardnerella vaginalis (Photo courtesy of Universidad Autónoma de Zacatecas).
Human papillomavirus (HPV) infection is one of the most common sexually transmitted infections. However, only a small percentage of high-risk (HR) HPV infections progress to cervical pre-cancer and cancer. The role of the cervicovaginal microbiome (CVM) in the natural history of HR-HPV has been investigated.

Persistent cervical infections by high-risk (HR) human papillomavirus (HPV) cause virtually all cervical cancers and their immediate precursor lesions. Most sexually active women have been infected with HPV at some point in their lives and in the vast majority the infection is cleared within a few months

An international team of scientists led by those at the Albert Einstein College of Medicine (Bronx, NY, USA) have identified potential microbial markers of cervical pre-cancer progression or clearance in women with high-risk human papillomavirus (HPV) infections. The team investigated the role of the CVM in the natural history of HR-HPV. The study included women aged 18–25 years of age and cervical samples from two visits of 273 women with an incident HR-HPV infection were used to evaluate the prospective role of the CVM on the natural history of HR-HPV. The CVM was characterized by amplification and sequencing the bacterial 16S V4 rRNA gene region and the fungal ITS1 region using an Illumina MiSeq platform (Illumina, San Diego, CA, USA).

The scientists used the 16S and fungal ITS1 sequences found in the cervicovaginal samples at each time point, together with HPV infection clearance, persistence, or progression to cervical neoplasia grade 2 (CIN2+) or grade 3 (CIN3+) lesion, the team relied on advanced epidemiological modeling and other analysis to uncover the proposed Gardnerella biomarker.

The investigators reported that Gardnerella appeared to be more common in women with infections that progressed to pre-cancerous CIN2+ lesions, as was enhanced microbial diversity. Their follow-up studies suggested that rising Gardnerella in microbiomes of at-risk patients reflected increased cervicovaginal diversity driven by pre-cancerous progression.

The authors concluded that the results of their study suggested a novel association between the effect of Gardnerella and disruption of CVM homeostasis that can influence the pathway of HR-HPV infection progression to cervical pre-cancer. They further showed the interplay between several key components of the cervicovaginal microbiome and demonstrate that within the context of HR-HPV natural history the effect of Gardnerella is mediated by increased cervicovaginal bacterial diversity directly preceding the progression of a persistent infection to pre-cancer. The study was published on March 26, 2020 in the journal PLOS Pathogens.