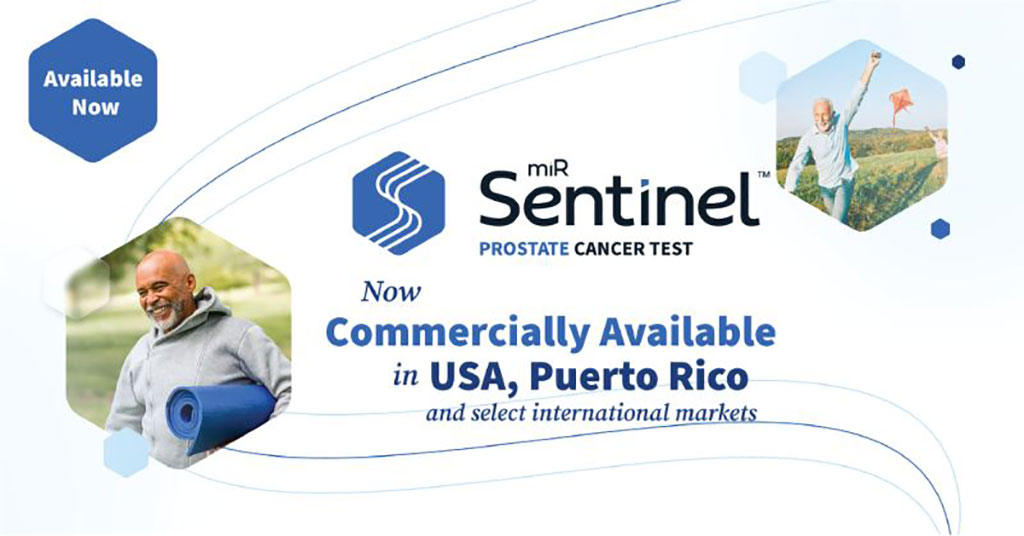 Prostate cancer is prevalent and deadly. It represents the highest number of new cancer cases diagnosed annually and is the second leading cause of cancer deaths among men. Early detection and the ability to identify high grade disease early are key to effective disease management. Until now, no effective, accurate and non-invasive tests have been developed for the early detection and grade classification of prostate cancer. Now, a novel, urine-based, molecular test assesses the risk of aggressive prostate cancer by analyzing small non-coding RNA using a proprietary biostatistical algorithm.

Validation studies have shown the extraordinary accuracy of miR's molecular prostate cancer detection and classification technology. In a recent clinical study performed at multiple sites within the US and Puerto Rico involving a cohort of ~1100 men, the miR Sentinel Test was shown to identify molecular evidence of prostate cancer in at-risk men with 98.5% sensitivity and distinguish clinically non-significant (nominally No Pathological Evidence of Prostate Cancer and Grade Group 1), from clinically significant prostate cancer (nominally Grade Groups 2-5) with a prognostic sensitivity of 83%.

In a subset analysis of men from this cohort where the findings of TRUS and MRI-guided biopsies disagreed on the presence of prostate cancer, the miR Sentinel Test was able to correctly identify 99% (71/72) of men found positive by either biopsy type while identifying all but four of 234 cases where prostate cancer was found by either TRUS or MRI resulting in a false negative rate of 1.7%. Additionally, 87% of men with PSA levels <3 found to have pathologic grade group 2 through 5 upon biopsy were identified by the miR Sentinel Test as having molecular evidence of intermediate or high risk of aggressive disease. These findings suggest that the miR Sentinel Test may represent a significant improvement over the current standards of care and other tools being used to detect and classify prostate cancer.

The miR Sentinel Prostate Cancer Test is now commercially available in the US, Puerto Rico and select international markets. The current version of the miR SentinelTest represents a refined and clinically validated assessment developed for commercialization based on the company’s comprehensive miR Sentinel PCC4 assay, which has received FDA Breakthrough Device Designation and the original three-test proof of concept.

"We believe that the miR Sentinel Test offers patients and providers a non-invasive means of accurately assessing a man's prostate cancer risk, which could potentially reduce unnecessary biopsies and biopsy-related complications in men with low-risk of clinically significant prostate cancer, while prioritizing diagnostic and treatment resources to those men that potentially harbor clinically significant prostate cancer," said Sam Salman, Chairman and CEO of miR Scientific. "This aligns with miR Scientific's vision to revolutionize prostate cancer disease management by improving accessibility and accuracy of the tools used to assess each man's personal risk of aggressive disease."