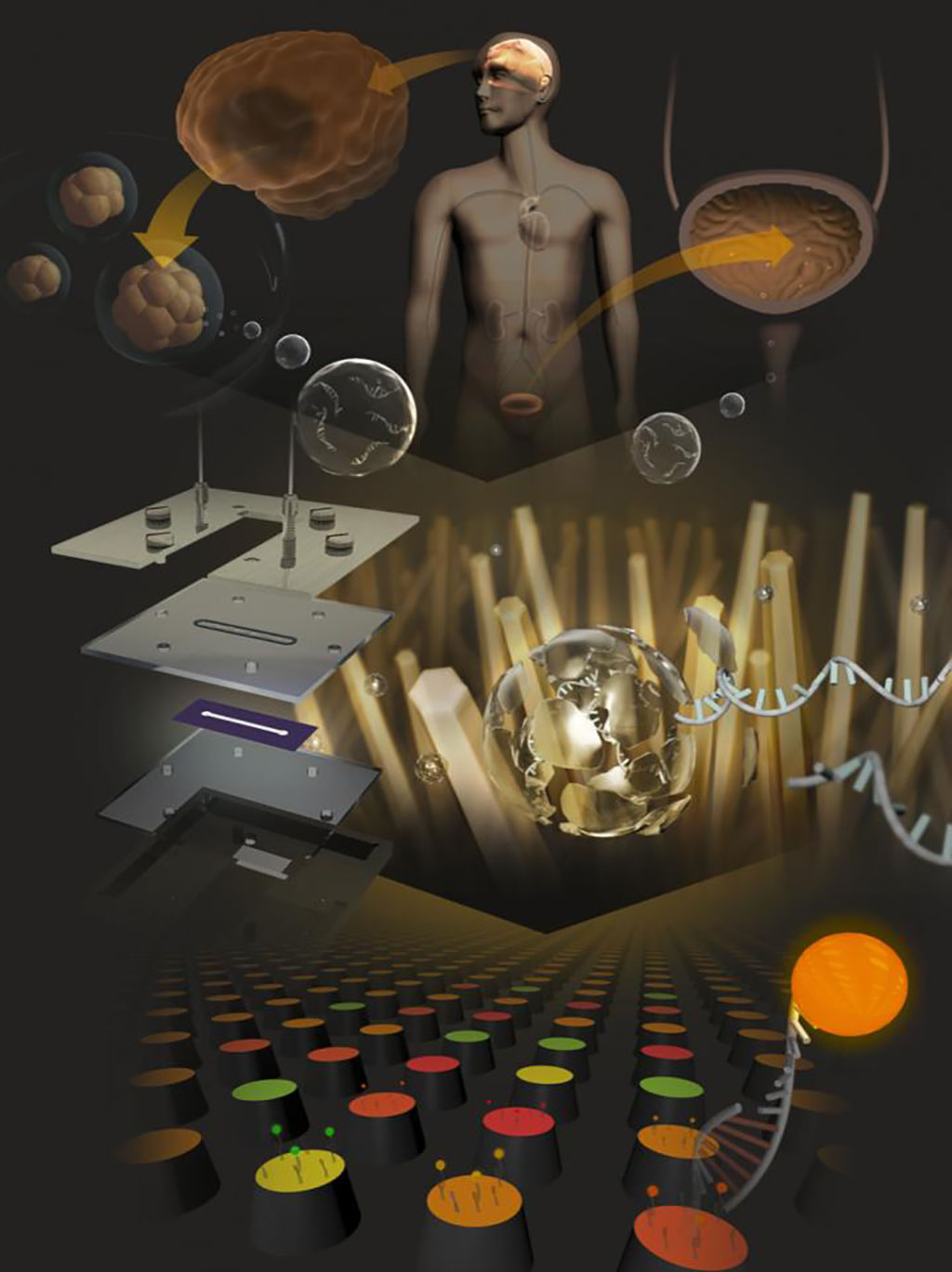 Image: Artist’s depiction of nanowire scaffolds for the screening of urinary microRNAs from patients with central nervous system tumors (Photo courtesy of Takao Yasui and Atsushi Natsume, Nagoya University)
Researchers have developed a sterilizable nanowire-based device that can efficiently extract urinary microRNAs (miRNAs) and used it as the basis of a liquid biopsy method to detect tumors of the central nervous system (CNS).

Liquid biopsy methods to detect circulating nucleic acids from CNS tumors have not been developed due to the presence of the blood–brain barrier, which restricts molecular exchange between the tumor and the general circulation. Furthermore, collection of urinary biomarkers is difficult, and urine-based liquid biopsies have not been fully studied.

The investigators used the device as basis for a liquid biopsy method to analyze urinary microRNA expression profiles from 119 patients with CNS tumors and 100 control individuals. Results showed that this approach could distinguish the patients from control individuals at a sensitivity of 100% and a specificity of 97%, regardless of the malignancy and size of tumors.

"Urine can be collected easily without putting a burden on the human body," said senior author Dr. Atsushi Natsume, associate professor of neurosurgery at Nagoya University. "Urine-based liquid biopsy had not been fully investigated for patients with brain tumors, because none of the conventional methodologies can extract microRNAs from urine efficiently in terms of varieties and quantities. So, we decided to develop a device capable of doing it. In the future, by a combination of artificial intelligence and telemedicine, people will be able to know the presence of cancer, whereas doctors will be able to know the status of cancer patients just with a small amount of their daily urine."

The nanowire miRNA extraction device was described in the April 1, 2021, issue of the journal ACS Applied Materials & Interfaces.