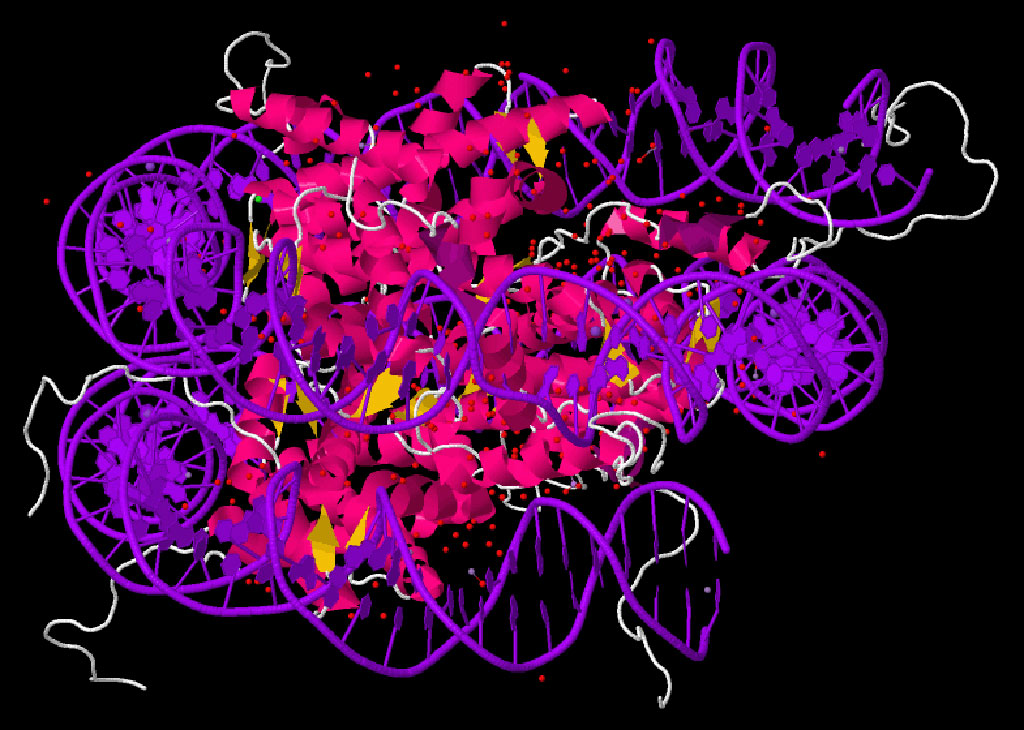 Image: The crystal structure of the nucleosome core particle (Photo courtesy of Wikimedia Commons)
A recent paper described a blood-based liquid biopsy method for detection of a wide variety of diseases including several types of cancer.

Cell-free DNA (cfDNA) in human plasma provides access to molecular information about the pathological processes in the organs or tumors from which it originates. These DNA fragments are derived from fragmented chromatin in dying cells and retain some of the cell-of-origin histone modifications.

Investigators at The Hebrew University of Jerusalem (Israel) recently presented an advanced technique for exploiting cfDNA to replace the biopsy specimens frequently used for disease diagnosis. The investigators utilized chromatin immunoprecipitation (ChIP) of cell-free nucleosomes carrying active chromatin modifications. In the current study, this step was followed by sequencing (cfChIP-seq) of 268 human samples.

ChIP-sequencing, also known as ChIP-seq, is a method used to analyze protein interactions with DNA. ChIP-seq combines chromatin immunoprecipitation (ChIP) with massively parallel DNA sequencing to identify the binding sites of DNA-associated proteins. ChIP-seq is primarily used to determine how transcription factors and other chromatin-associated proteins influence phenotype-affecting mechanisms. Determining how proteins interact with DNA to regulate gene expression is essential for fully understanding many biological processes and disease states. This epigenetic information is complementary to genotype and expression analysis.

Use of the cfChIP-seq approach in the current study revealed that in healthy donors bone marrow megakaryocytes, but not erythroblasts, were the major contributors to the cfDNA pool. In patients with a range of liver diseases, the method identified pathology-related changes in hepatocyte transcriptional programs. In patients with metastatic colorectal carcinoma, it detected clinically relevant and patient-specific information, including transcriptionally active human epidermal growth factor receptor 2 (HER2) amplifications.

Senior author Dr. Nir Friedman, professor of computer science and biology at The Hebrew University of Jerusalem, said, "The cfChIP-seq approach relies on analysis of epigenetic information within the cell, a method which has been increasingly refined in recent years. As a result of these scientific advancements, we understood that if this information is maintained within the DNA structure in the blood, we could use that data to determine the tissue source of dead cells and the genes that were active in those very cells. Based on those findings, we can uncover key details about the patient's health. We are able to better understand why the cells died, whether it is an infection or cancer and based on that be better positioned to determine how the disease is developing."

The method was described in the January 21, 2021, online edition of the journal Nature Biotechnology. 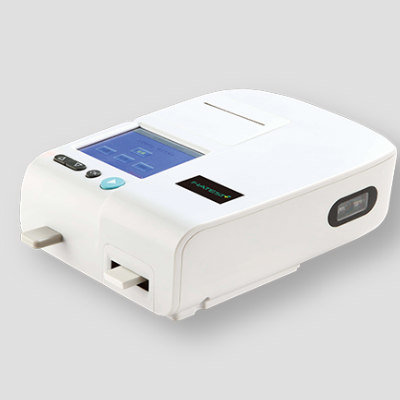 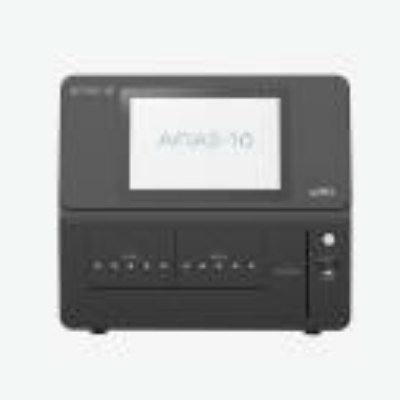