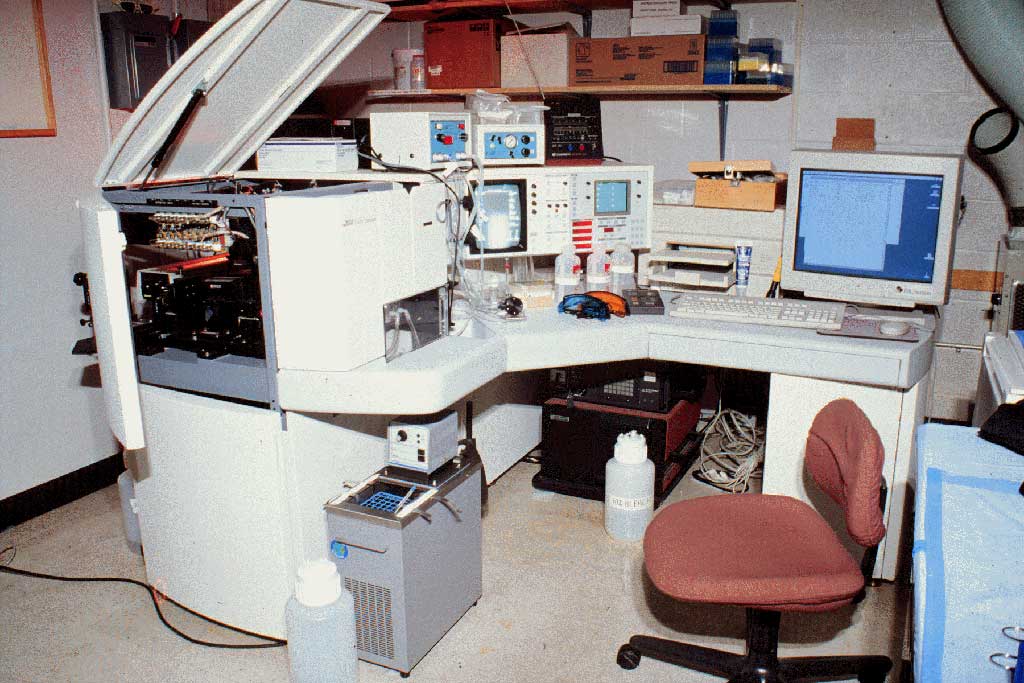 Image: The BD Biosciences FACS Vantage Flow Cytometer System (Photo courtesy of Hospital for Special Surgery).
Diabetic retinopathy (DR), a microvascular complication caused by chronic diabetes mellitus (DM), is a significant threat to vision in adults, which may even lead to blindness and retinal detachment. The clinical symptoms of DR include fibrosis, capillary obstruction, neovascularization, and increased vascular permeability.

Serglycin (SRGN) is known as a hematopoietic cell granule proteoglycan, exerting its function in the formation of mast cell secretory granules and mediates the storage of various compounds in secretory vesicles. Studies have shown that SRGN is mainly expressed in normal hematopoietic cells, endothelial cells, uterine decidua, and embryonic stem cells.

The team measured the expressions of SRGN in plasma samples and cells were by qPCR analysis. Total RNA was extracted and then reverse‐transcribed into cDNA and amplified on an ABI PCR System (Applied Biosystems, Bedford, MA, USA). Total proteins were isolated from plasma samples and cells and the protein concentrations were determined by a Bicinchoninic Acid Protein method and separated by 10% SDS‐PAGE. The scientists also performed cell culture and transfection and CCK‐8 cell proliferation assays. Flow cytometric and cell apoptosis assay were also conducted using a FACS Vantage Flow Cytometer System (BD Biosciences, San Diego, CA, USA).

The investigators communicated that SRGN was dramatically upregulated in NPDR and PDR cases compared with healthy controls and T2DM patients; meanwhile, the expression of SRGN was further increased in the PDR group with regard to the NPDR group. Additionally, the ROC analysis demonstrated that SRGN could distinguish the DR cases from type 2 diabetes mellitus (T2DM) patients and healthy controls. In vitro high‐glucose treatment showed that the SRGN expressions were dramatically increased. The loss of SRGN could partially counteract the inhibition of human retinal endothelial cells (HREC) proliferation caused by high‐glucose stimulation. Meanwhile, SRGN knockdown could reverse the promotion of HREC apoptosis induced by high glucose as well.

The authors concluded that SRGN was significantly upregulated in the serum of DR patients, and after high‐glucose treatment, SRGN promoted the proliferation of human retinal pigment epithelial cells and inhibited the modulation of SRGN. At the same time, SRGN levels were able to screen DR patients from T2DM and healthy populations. The study was published on December 12, 2020 in the Journal of Clinical Laboratory Analysis.