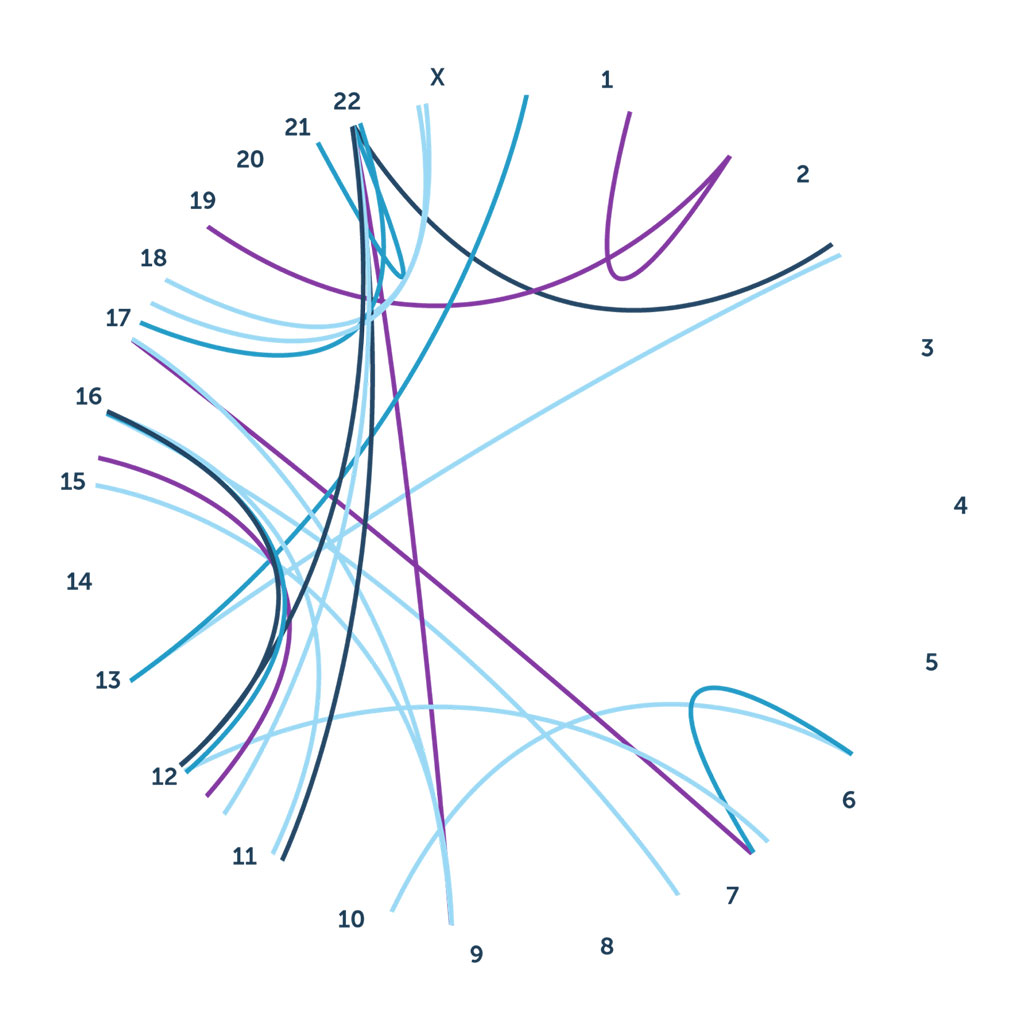 Image: Identification of RNA-based gene fusions and splicing variants, enables detection of known and novel gene fusions. Gene fusions and splicing variants have been recognized as tumor drivers, providing new targets for personalized therapy (Photo courtesy of Predicine)
Analysis of cell-free DNA and RNA in liquid biopsy samples revealed aberrations in the gene coding for the androgen receptor (AR), which were related to effectiveness of drug treatment and survival time in patients with castration-resistant prostate cancer (mCRPC).

Prostate cancer is designated castration-resistant if disease progression continues despite therapy that deprives the cancer of androgen hormones, such as testosterone. The AR is an important therapeutic target in prostate cancer, and profiling AR aberrations in both circulating DNA and RNA may identify key predictive and/or prognostic biomarkers in the context of contemporary systemic therapy.

The Predicine approach confirms and extends DNA-based variant detection, since RNA sequencing provides a functional readout for better clinical decisions. RNA data can confirm genomic alterations detected at the DNA level as well as identify genomic alterations that are below detection limit of DNA assays. The test detects known and novel gene fusions. This is important, as translocation can occur anywhere and DNA is not the ideal substrate to search for oncogenic fusions without prior knowledge of detailed breakpoint information. By contrast, RNA is an intermediary between DNA and protein with only limited coding regions that need to cover. This makes RNA a better test material for known and novel fusion detections as it naturally enriches expressed translocations and only a small set of probes are necessary to detect such fusions for a given gene. In addition, the method detects RNA-specific splicing variants. RNA splicing is an unique process when precursor mRNA transcribed from DNA is transformed into a mature mRNA. RNA sequencing, by nature, is a direct solution for detection of splicing events comparing to DNA-based assays.

For the current study, the investigators worked with 67 mCRPC patients who were beginning treatment with AR pathway inhibitors (41) or taxane chemotherapy (26). Using the Predicine first-in-class next-generation sequencing-based assay, they performed integrated cell-free DNA (cfDNA) and cell-free RNA (cfRNA) profiling from a single 10 milliliter blood tube from each patient.

Results revealed that cfDNA and cfRNA were successfully sequenced in 67 (100%) and 59 (88%) patients, respectively. Thirty-six (54%) patients had one or more AR aberrations. AR gain and cumulative number of AR aberrations were independently associated with clinical/radiographic progression-free survival and overall survival. Concurrent AR gain and AR splice variant expression was associated with shorter prostate-specific antigen (PSA) progression-free survival. Importantly, these key findings were validated in an independent cohort of 40 mCRPC patients.

"We found that abnormalities in the AR gene detected in the blood of men with advanced prostate cancer were associated with poor responses to available drug treatments and reduced survival," said senior author Dr. Arun Azad, associate professor of medical oncology at the Peter MacCallum Cancer Centre. "These blood tests, also called liquid biopsies, have emerged as a minimally-invasive alternative to conventional biopsy for interrogating the prostate tumor genome. Liquid biopsies have demonstrated strong congruence with tumor biopsies, whilst simultaneously encapsulating the genomic complexity often seen in mCRPC. This information could be used to better guide treatment of advanced prostate cancer. While advances in therapeutic strategies have significantly improved quantity and quality of life for men with mCRPC, there remains a pressing need to find predictive and prognostic biomarkers."

The liquid biopsy study was published in the May 30, 2020, online edition of the journal European Urology.