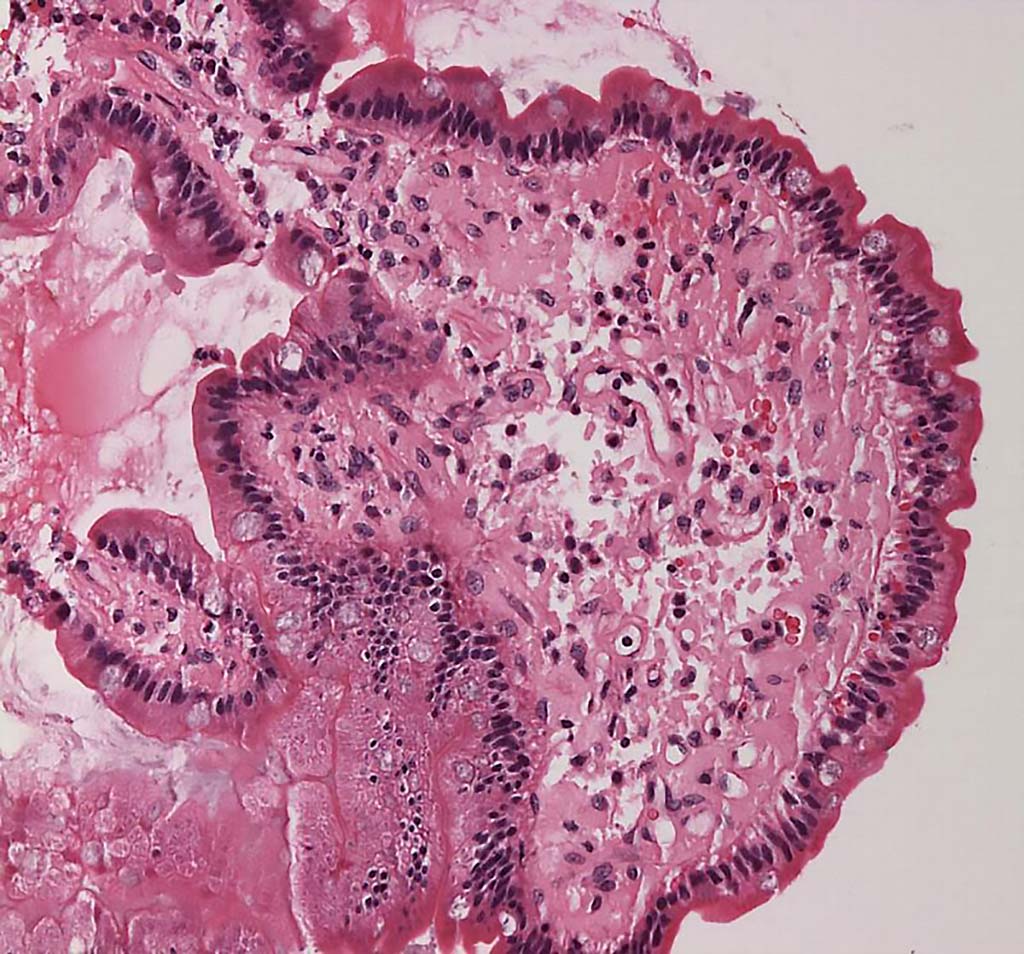 Image: Micrograph showing amyloid deposits. Amyloid shows up as homogeneous pink material in lamina propria and around blood vessels (Photo courtesy of Wikimedia Commons)
A new review article has summarized studies, which suggest that the Alzheimer’s disease (AD) biomarker amyloid-beta (Abeta) has a causitive link to other age-related conditions such as cardiovascular disease (CVD).

Investigators at Newcastle University (United Kingdom) in collaboration with colleagues in Greece, Germany, Switzerland, and the United States analyzed blood samples from more than 6,600 patients from multiple cohort studies carried out in nine countries.

In the review, which was published in the February 24, 2020, online edition of the Journal of the American College of Cardiology, the investigators described the determinants of Abeta metabolism, summarized the effects of Abeta on atherothrombosis and cardiac dysfunction, discussed the clinical value of Αbeta1-40 in CVD prognosis and patient risk stratification, and presented therapeutic interventions that may alter Abeta metabolism in humans.

Overall, the findings discussed in the review suggested that the higher the level of amyloid-beta in the blood the higher the risk of developing CVD.

"I am interested in knowing which of my patients is at risk of death and/or recurrent heart attacks," said Professor Stellos. "Measuring amyloid-beta reclassified a large proportion of patients who had a heart attack in the correct risk categories over an established guideline-suggested risk score in independent clinical studies. If blood-based amyloid-beta predicts death in patients with heart disease, does it make a therapeutic target? Our next step is to investigate this."