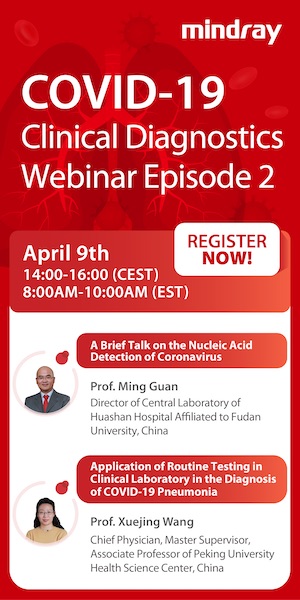 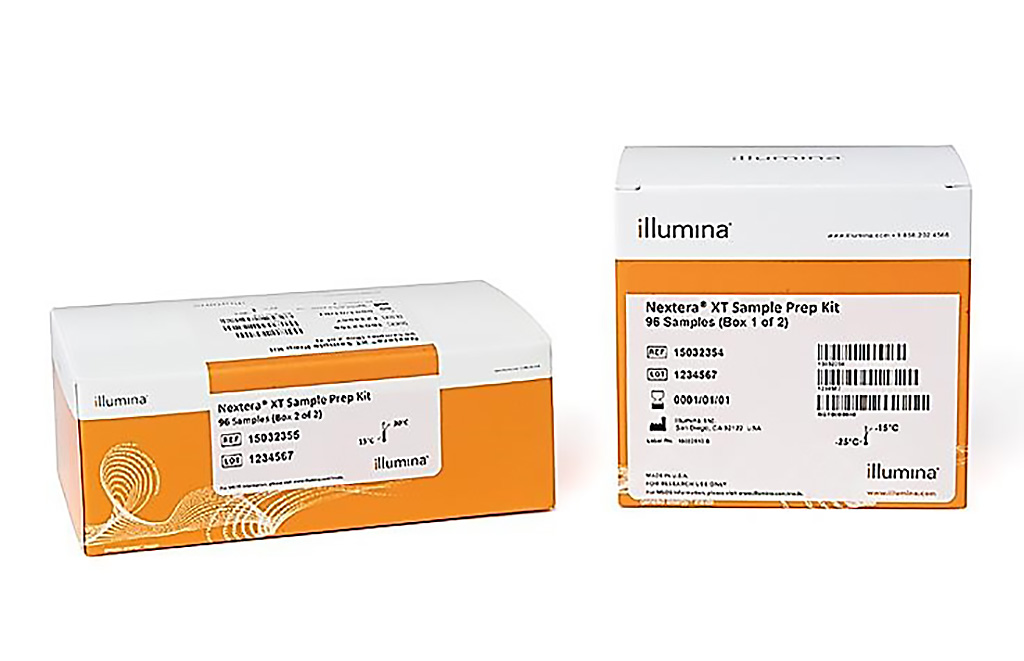 Image: Nextera XT DNA Library Preparation Kit (Photo courtesy of Illumina).
Circular cell-free DNA of both maternal and fetal origin can be identified in the plasma of pregnant women, pointing to a possible new type of biomarker for noninvasive prenatal testing (NIPT).

Linear cell-free DNA from maternal plasma has long formed the basis of NIPT for fetal aneuploidies. While extrachromosomal circular DNA (eccDNA) in plasma, which could be more resistant to exonucleases and therefore more stable than linear circulating DNA, has been observed in people before, it has not been reported in pregnant women.

Scientists from the Chinese University of Hong Kong (Shatin, N.T., Hong Kong, China) and their associates analyzed plasma DNA from five pregnant women. After enriching for circular DNA, they linearized and sequenced the eccDNA molecules. Through sequencing following either restriction enzyme or Tn5 transposase treatment, they identified eccDNA molecules in the plasma of pregnant women.

The team reported that the eccDNA molecules showed bimodal size distributions peaking at ∼202 and ∼338 bp with distinct 10-bp periodicity observed throughout the size ranges within both peaks, suggestive of their nucleosomal origin. Also, the predominance of the 338-bp peak of eccDNA indicated that eccDNA had a larger size distribution than linear DNA in human plasma. Moreover, eccDNA of fetal origin were shorter than the maternal eccDNA.

Fetal-origin eccDNA molecules were generally shorter than those of maternal origin, averaging around 202 base pairs in size, while maternal eccDNA averaged around 338 base pairs. This, the team noted, was consistent with what has been observed in linear fetal and maternal cell-free DNA. However, the MspI digestion for linearization they relied on might have affected the portion of eccDNAs that could be analyzed. To confirm their findings, they also used a tagmentation-based approach to isolate and analyze eccDNAs from another set of five pregnant women. For tagmentation-based approach, circular DNA enriched from 25 ng of plasma DNA were processed using Nextera XT DNA Library Preparation Kit (Illumina, San Diego, CA, USA). DNA libraries were sequenced on Illumina HiSeq 1500/2500 platforms in Rapid Run mode. All libraries were sequenced as 2 × 250-bp paired-end reads.

By mapping the eccDNAs back to the genome, the scientists found they were enriched in 5'-untranslated, exonic, and CpG island regions, indicating that circular DNAs are not randomly generated from the genome. There were also recurrent patterns within eccDNAs: both the start and end positions are flanked by pairs of trinucleotide segments with four-base spacers. Further analysis of these patterns hinted that homologous recombination and microhomology-mediated end joining could serve as the mechanisms through which eccDNAs are formed from double-stranded DNA. EccDNA molecules from maternal plasma could ultimately serve as biomarkers, they suggested, with the added potential benefit of circular DNA being more robust than linear DNA.

The scientists concluded that eccDNA in maternal plasma with their increased biostability and distinct molecular signatures might add to the toolbox of the rapidly developing field of noninvasive prenatal testing. It would be interesting for future studies to explore the potential aberrations of maternal plasma eccDNA profiles in different pregnancy-associated disorders, such as preeclampsia and preterm birth.” The study was published on January 3, 2020 in the journal Proceedings of the National Academy of Sciences.