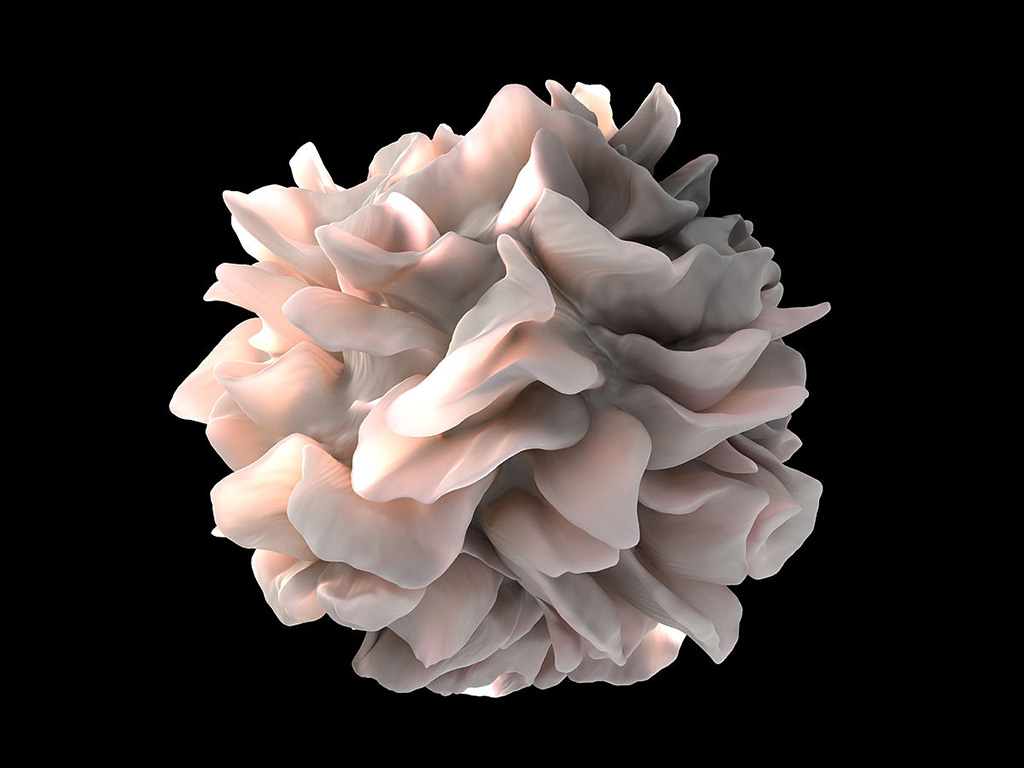 Image: Artistic rendering of the surface of a human dendritic cell illustrating sheet-like processes that fold back onto the membrane surface (Photo courtesy of Wikimedia Commons)
A generalized method for classifying single cells based on their transcriptional dataset was published in a recent paper.

Single-cell RNA sequencing has enabled the characterization of highly specific cell types in many tissues, as well as both primary and stem cell-derived cell lines. An important aspect of this approach is the ability to identify the transcriptional signatures that define a cell type or state. In theory, this information can be used to classify an individual cell based on its transcriptional profile.

To test this theory, investigators at the Garvan Institute of Medical Research (Sydney, Australia) developed the scPred method. ScPred was designed to collapse all the transcript data obtained from scRNA-sequencing of a single cell. Then an algorithm was trained to generate a statistical model to test what features embedded in this data made a certain cell type most different from other types of cells.

The investigators applied scPred to scRNA-seq data from pancreatic tissue, mononuclear cells, colorectal tumor biopsies, and circulating dendritic cells. The learning algorithm incorporated a large number (on the order of 20,000) of small differences in the mean and variance of gene expression between different cell types to arrive at a prediction model.

To validate the scPred approach, the investigators used datasets from colorectal cancer cells analyzed initially by collaborators at Stanford University (Palo Alto, USA) to identify single cancer cells within a tissue sample with over 98% accuracy.

"Our scPred method gives us the possibility of earlier detection; it may allow us to determine the stage of a cancer patient, what potential drugs they will respond to, or whether their tumor cells have signatures that indicate resistance to chemotherapy," said senior author Dr. Joseph Powell, director of the single cell and computational genomics laboratory at the Garvan Institute of Medical Research. "The potential for this new method is enormous. We have developed a new way to identify very specific types of cells, which has put us at the beginning of a significant new frontier in medical diagnostics. For a long time we have mainly classified different cells in the human body based on a limited number of markers found on the cell surface or inside the cell. What we are learning now is that underneath one “type”, there is a huge diversity of different cell types - for instance, even though different cancer cells could all have the same cell surface markers, only a subgroup of those cells may actually form a metastatic tumor."

The scPred paper was published in the December 12, 2019, online edition of the journal Genome Biology.