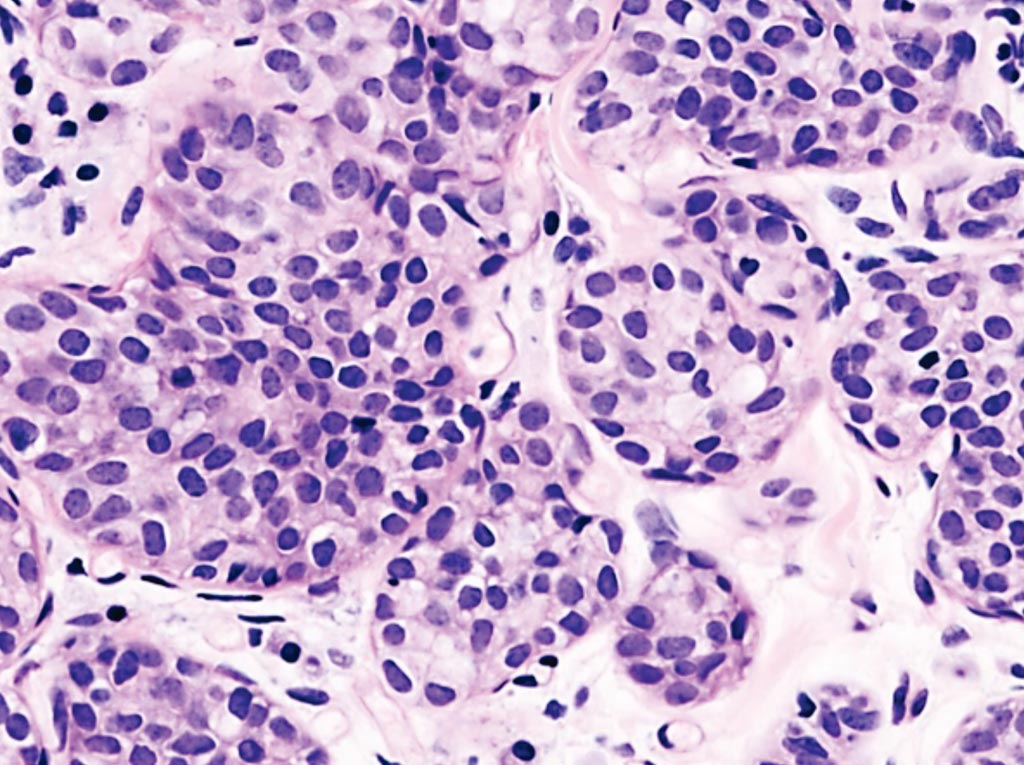 Many of the clinical challenges associated with diagnosing and managing patients with ILC are directly related to this behavior, including the difficulty in imaging by mammography and obtaining clear surgical margins. Subsequently, more patients present late, with larger tumors, more frequently involved axillary lymph nodes and requiring higher frequency of mastectomies compared to patients diagnosed with invasive carcinoma of no special type (IC-NST).

The team used in silico integrative analyses, and derived a 194-gene set that was highly prognostic in ILC, that they named this metagene ‘LobSig’. Assessing a 10-year follow-up period, LobSig outperformed other similar commercial analyses. LobSig status predicted outcome with 94.6% accuracy amongst cases classified as ‘moderate-risk’. Network analysis identified few candidate pathways, though genesets related to proliferation were identified, and a LobSig-high phenotype was associated with the TCGA proliferative subtype. ILC with a poor outcome as predicted by LobSig were enriched with mutations in ERBB2, ERBB3, TP53, AKT1 and ROS1.

Amy E. McCart Reed, PhD, a clinical research scientists and first author of the study said, “In this study, we pulled together a set of 194 genes that, when working together, act as a signature to help clarify which patients are likely to have a positive outcome with their breast cancer. If they have a low-risk signature score, it means we might relieve them of the burden of chemotherapy. If they have a high-risk signature score, we could continue to recommend chemotherapy as the course of treatment.”

The authors concluded that the molecular signature, LobSig, which captures the peculiar genomic landscape of ILC tumors, and together with clinico-pathology information, provides a robust mechanism for prognostication in ILC. The study was published on June 27, 2019, in the journal npj Breast Cancer.

The University of Queensland