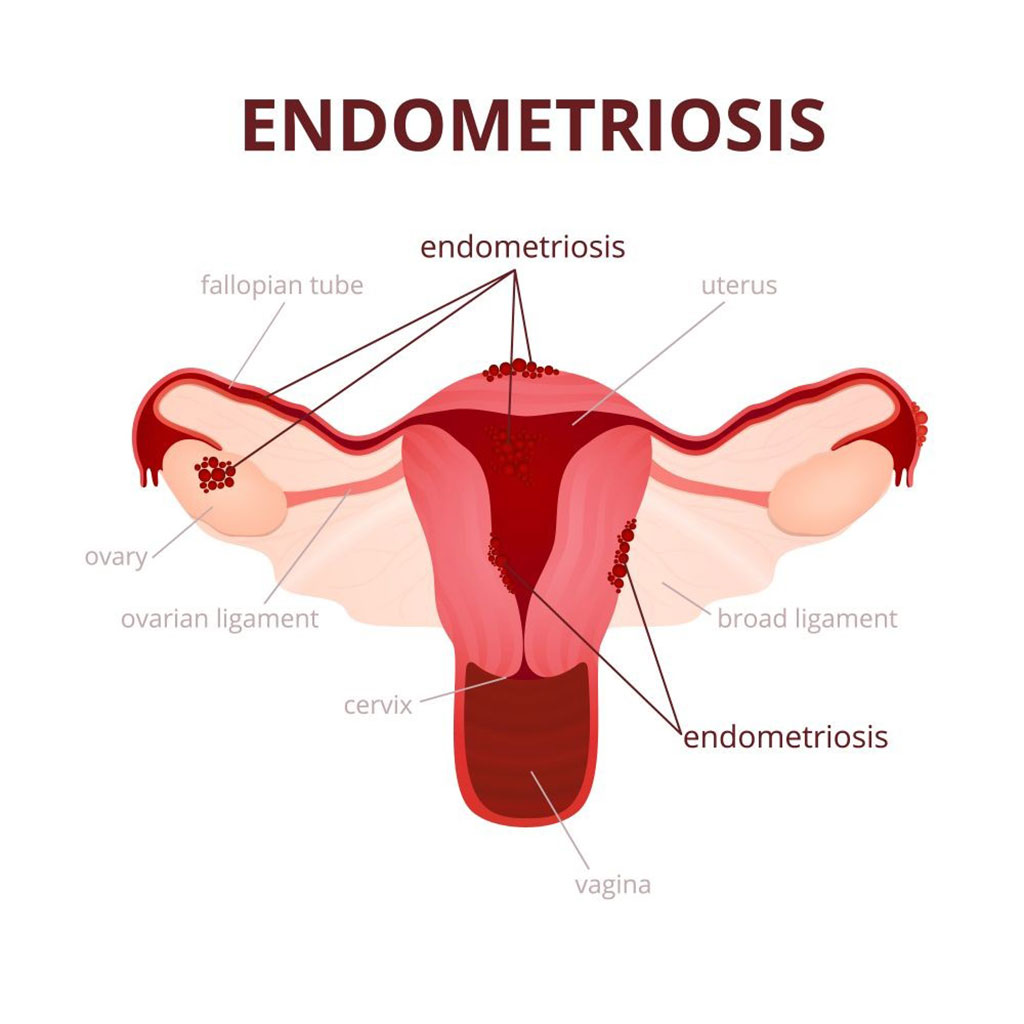 Results presented in a recent paper lay the ground work for using menstrual effluent (ME) as an effective screening tool for identifying endometriosis in patients with chronic symptoms suggestive of this disorder.

Endometriosis is a disorder that occurs when uterine-like tissues grow outside of the uterus and form lesions. The condition affects about 10% of reproductive-age females, resulting in chronic, often debilitating pain or infertility and other medical complications. Due to the lack of non-surgical diagnostic tools, it can often take seven to 10 years to be diagnosed with endometriosis. Currently, invasive laparoscopic surgery is the only definitive diagnostic method.

Investigators at The Feinstein Institutes for Medical Research (Manhasset, NY, USA) evaluated the potential of fresh ME, which contains large numbers of shed fragments from endometrial tissues, as an unexplored and important biological specimen for the development of non-invasive diagnostics based on the direct analysis of these endometrial tissue fragments.

In this study, the investigators performed the first single-cell RNA-sequencing (scRNA-Seq) comparison of endometrial tissues in freshly collected ME from 33 subjects, including confirmed endometriosis patients (cases) and controls as well as symptomatic subjects (who have chronic symptoms suggestive of endometriosis but have not been diagnosed). The investigators carried out enzymatic digestion of ME and associated tissues followed by scRNA-Seq analysis and compared the major cellular differences and gene expression profiles found in ME collected from healthy controls and patients diagnosed with endometriosis, as well as patients with symptoms of endometriosis who were not yet diagnosed.

The RNA analysis identified a unique subcluster of proliferating uterine natural killer (uNK) cells in ME-tissues from controls that was almost absent from endometriosis cases, along with a striking reduction of total uNK cells in the ME of cases. In addition, a decidualized subset of endometrial stromal cells was abundant in the shed endometrium of controls when compared to cases, confirming findings of compromised decidualization of cultured stromal cells from cases. Decidualized cells are surrounded by a mucous membrane that lines the uterus and is shed during menstruation and modified during pregnancy.

In addition, an enrichment of B-cells in the cases raised the possibility that some of these patients may have chronic endometritis, a disorder which often progresses to endometriosis.

“Millions of adolescents and women suffer from endometriosis without a proper diagnosis, delaying their care and extending their pain,” said contributing author Dr. Christine Metz, professor of molecular medicine at the Feinstein Institutes for Medical Research. “This new paper describes the potential for a novel screening tool to identify endometriosis earlier and enable patients to get the help they need.”

The endometriosis paper was published in the September 15, 2022, online edition of the journal BMC Medicine.