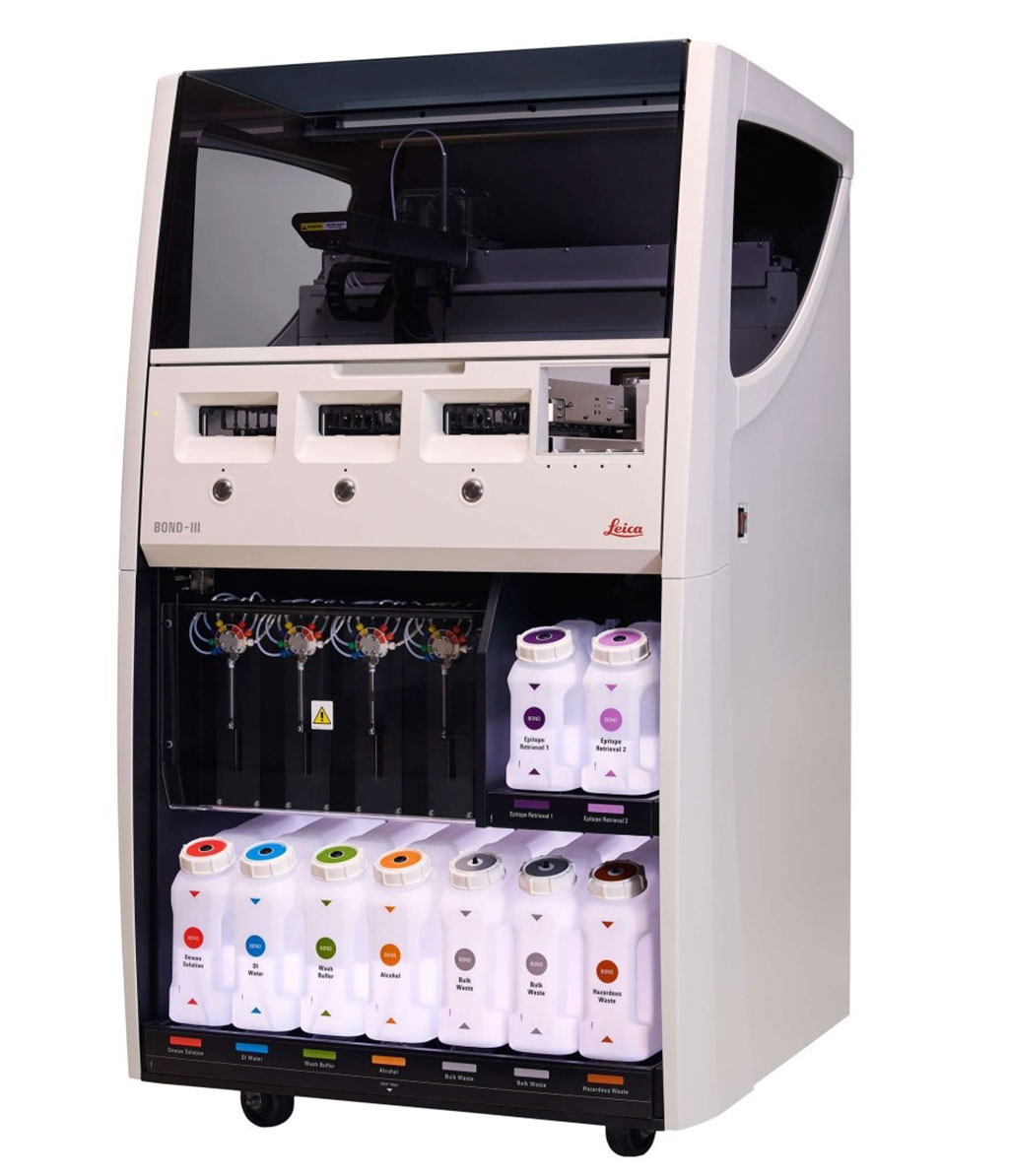 Image: An automated Leica BOND-III immunostainer (Photo courtesy of Leica Biosystems)
Lymphoma is a cancer of the lymphatic system, which is part of the body's germ-fighting network. The lymphatic system includes the lymph nodes (lymph glands), spleen, thymus gland and bone marrow. Lymphoma can affect all those areas as well as other organs throughout the body.

Many subtypes of lymphoma can be effectively treated with available therapies, including chemotherapies, monoclonal antibodies, or small molecule–targeted agents. As a result, there is a pressing need for inexpensive, accurate, and operator-independent diagnostics to guide therapeutic selection for patients with lymphoma.

The team established a chemical ligation probe-based assay (CLPA) that quantifies expression of 37 genes by capillary electrophoresis with reagent/consumable cost of approximately USD 10/sample. To assign bins based on gene expression, 13 models were evaluated as candidate base learners, and class probabilities from each model were then used as predictors in an extreme gradient boosting super learner. Cases with call probabilities < 60% were classified as indeterminate. Four (2%) of 194 biopsy specimens in storage <3 years experienced assay failure. Diagnostic samples were divided into 397 (70%) training and 163 (30%) validation cohorts. Overall accuracy for the validation cohort was 86%.

After excluding 28 (17%) indeterminate calls, accuracy increased to 94%. Concordance was 97% for a set of 37 high-probability calls assayed by CLPA in both the USA and Guatemala. Accuracy for a cohort of 39 relapsed/refractory biopsy specimens was 79% and 88%, respectively, after excluding indeterminate cases. Machine-learning analysis of gene expression accurately classifies paraffin-embedded lymphoma biopsy specimens and could transform diagnosis in lower- and middle-income countries. The study was published on May 14, 2021 in the journal Blood Advances.