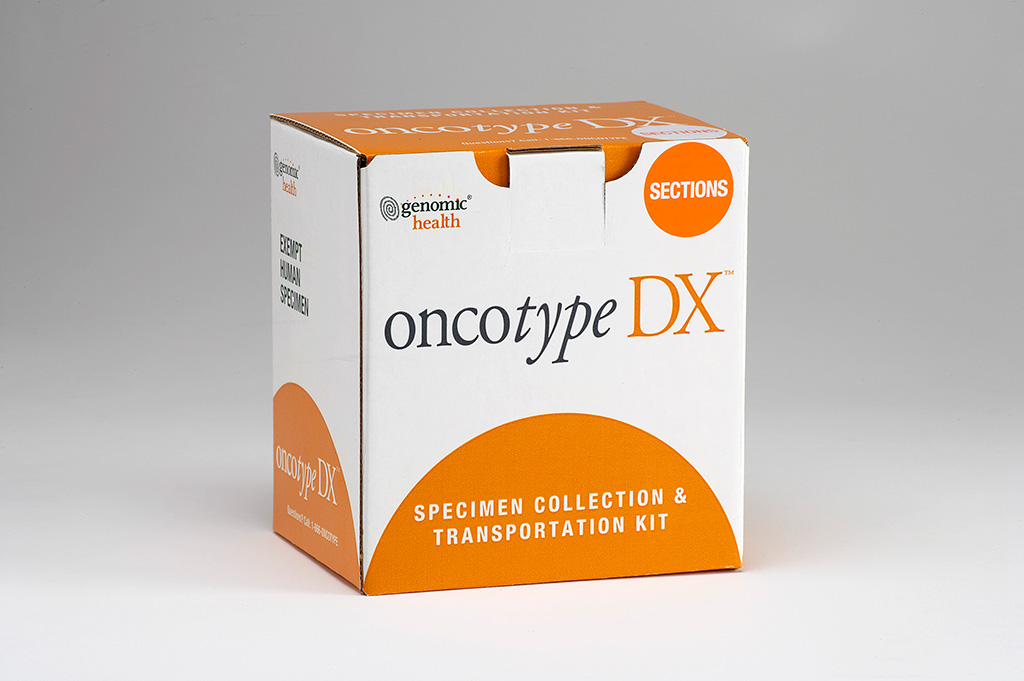 Image: The Oncotype DX specimen and collection kit for the Breast Cancer Recurrence Score Assay (Photo courtesy of Genomic Health).
A new study shows that a test that physicians commonly used to guide chemotherapy treatment for post-breast cancer surgery patients may also help them decide whether radiation therapy may be of benefit.

Known as the 21-gene recurrence score, the test is a personalized analysis of the activity of 21 genes found in a patient's breast tumor tissue. The score can be used to predict whether, after undergoing surgery, that patient's breast cancer is likely to return in another part of their body, like the bones or lungs, and whether that patient will likely benefit from chemotherapy treatment.

A large team of scientists led by those at the University of Texas MD Anderson Cancer Center (Houston, TX, USA) carried out a retrospective analysis of, a phase 3 randomized clinical trial of postmenopausal women with ER/PR-positive, node-positive breast cancer treated with tamoxifen alone, chemotherapy followed by tamoxifen, or concurrent tamoxifen and chemotherapy.

The authors concluded that higher recurrence scores were associated with increased LRR after adjustment for treatment, type of surgical procedure, and number of positive nodes. This finding suggests that the recurrence score may be used, along with accepted clinical variables, to assess the risk of LRR during radiotherapy decision-making. The study was published on January 9, 2020 in the journal JAMA Oncology