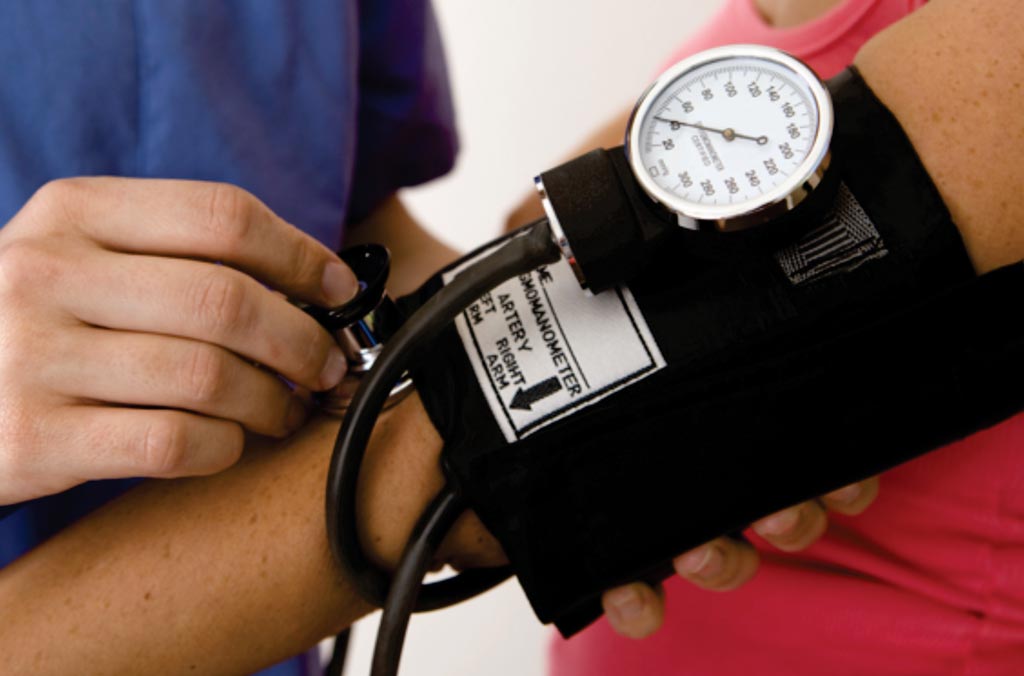 Image: Preeclampsia is a condition that occurs only during pregnancy and some symptoms may include high blood pressure and protein in the urine. A specific phenotype narrows the risk of preeclampsia (Photo courtesy of the American Pregnancy Association).
Preeclampsia can lead to a baby being born early and can put the mother at risk of a seizure or stroke during delivery. It can also lead to damage in the kidneys, liver, lungs, heart or eyes and can increase a patient's risk for cardiovascular disease in the future.

The general female population has a 5% chance of developing preeclampsia during pregnancy, but that chance increases to 20% for diabetic women. Haptoglobin (Hp), a protein with functional genetic polymorphisms, has antioxidant, anti-inflammatory and angiogenic effects. Among people with diabetes, Hp 2-2 phenotype is associated with cardio-renal disease.

Endocrinologists at the Medical University of South Carolina (Charleston, SC, USA) and their colleagues investigated whether Hp phenotype is associated with preeclampsia (PE) in type 1 diabetes (T1DM), and/or modulates lipoprotein-associated risks. Included in the multicenter prospective study were 47pregnant women with T1DM (normal albuminuria, normotensive at enrolment, studied at three visits (V1-V3), all preceding PE onset: 12.3±1.9, 21.8±1.5, and 31.5±1.6 weeks gestation (mean ± SD). The main outcome measures were Hp phenotype and lipoprotein profiles in 23 women with versus 24 without subsequent PE.

Clare B. Kelly, PhD, an Endocrinologist and first author of the study, said, “By studying these patients, we have identified different markers that could help predict the complication before its onset. Currently, we're taking the more reactive approach when it comes to preeclampsia. But if we know a patient is diabetic and has the 2-2 phenotype, we can monitor her more closely throughout her pregnancy and treat it proactively.” The study was originally published online on June 20, 2019, in The Journal of Clinical Endocrinology & Metabolism.