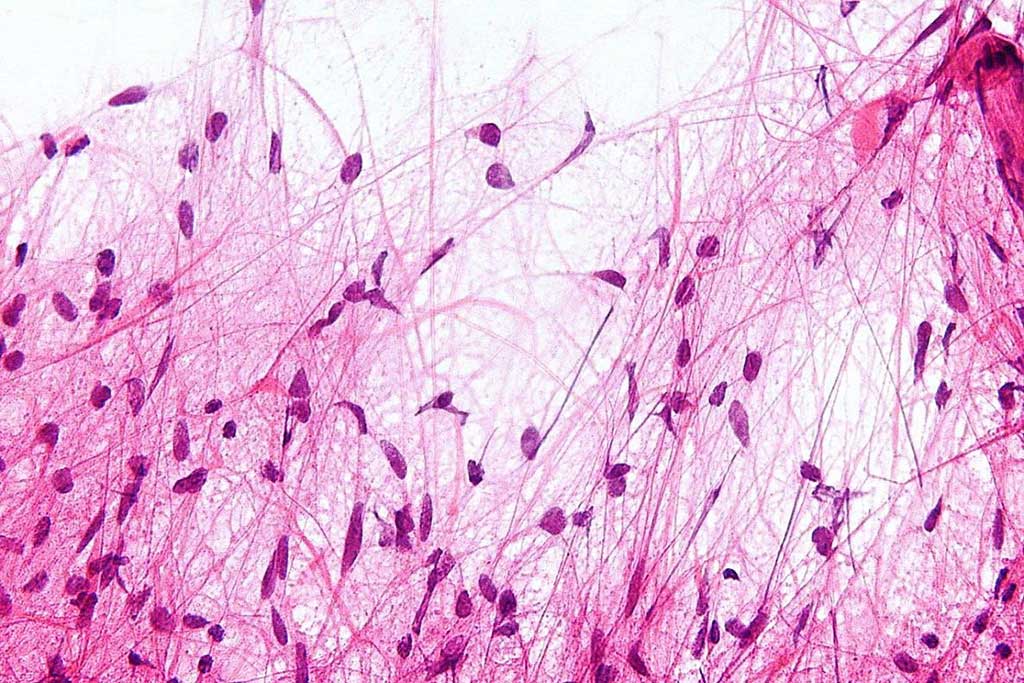 Image: Photomicrograph of pediatric pilocytic astrocytoma, a brain tumor, showing the characteristic bipolar cells with long hair-like processes (Photo courtesy of Nephron)
The Individualized Therapy for Relapsed Malignancies in Childhood (INFORM) registry has been created to help develop precision medicine-based approaches and to analyze their effectiveness across high-risk relapsed or refractory pediatric cancers.

The scientists reported that among all patients, 149 received targeted treatment based on targets identified using the algorithm, including 20 patients with very high-priority targets. Most of these targets were ALK, BRAF and NRAS mutations, as well as MET and NTRK fusions. Results showed median progression-free survival (PFS) of 204.5 (95% CI, 91-628) days among patients with very high-priority targets compared with 114 (95% CI, 103-133) days among the other 505 patients. An explorative analysis showed patients with very high-priority targets had a higher time to progression ratio (1.0) than all other patients (0.7). The team identified possible predisposition syndromes among 7.8% of patients, half of which were newly diagnosed. Methylation analysis yielded a diagnosis refinement in 8% of central nervous system tumors.

Cornelis van Tilburg, MD, PhD, a pediatric oncologist and the senior study author, said, “Children with refractory, relapsed and progressive high-risk malignancies have poor survival of less than 20%. This registry has opened up the genomic landscape in pediatric oncology. It provides a unique source of information to help match new drugs or drug ideas with suitable biomarkers in certain pediatric patient populations.”

The authors concluded that pediatric precision oncology in a real world, multi-national setting is feasible. The prioritization algorithm identifies subgroups benefitting from molecularly matched targeted treatment. Still, for the patients without a very high priority target further layers of molecular and functional data should be incorporated in future programs. The study was presented at the American Society of Clinical Oncology (ASCO20) Virtual Scientific Program, held May 29-31, 2020.