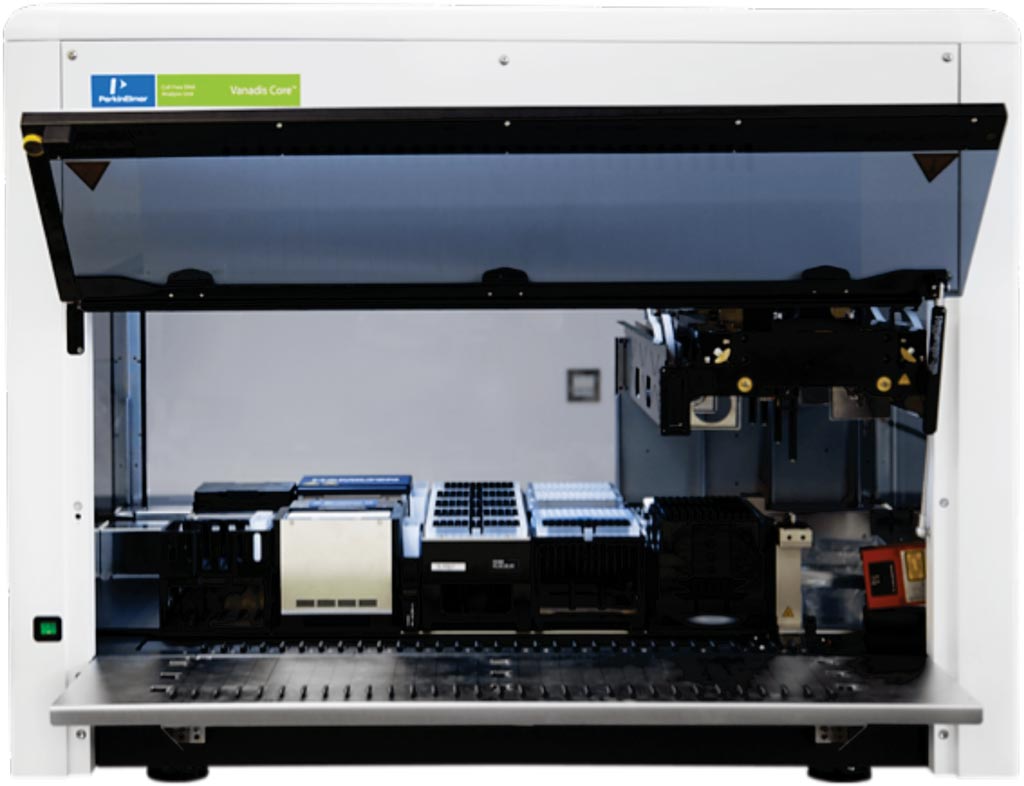 However, where cfDNA screening has been adopted in public health programs, it is mostly as a second‐tier test. Health economic analyses have identified the necessity of more cost‐effective cfDNA tests to enable a wide adoption of first‐line screening. Targeted tests are based on high complexity genetic analysis platforms that require a relatively advanced laboratory setup.

Masoud Toloue, PhD, vice president and general manager of Diagnostics at PerkinElmer, the parent company of Vanadis, said, “We continue to be encouraged by clinical studies that further validate our Vanadis platform as a reliable, cost-effective solution for laboratories and obstetricians to offer aneuploidy screening. Our Vanadis platform eliminates the technical complexity of NIPT, giving more women access to cfDNA screening for common trisomies and further improving prenatal care on a global scale.”

The authors concluded that the study demonstrated that cfDNA testing with the highly automated Vanadis NIPT system does not require specialized personnel for screening. The Vanadis system is also designed to help reduce cost and allow wider population-based screening. The study was published on August 19, 2019, in the journal Prenatal Diagnosis.