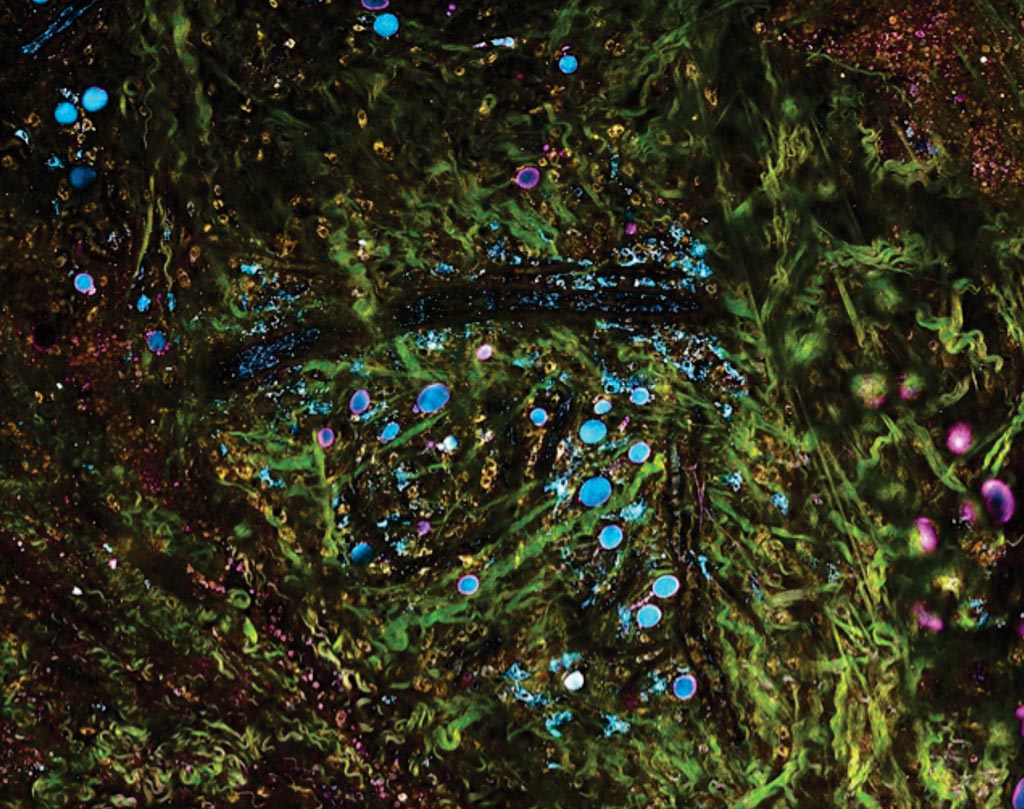 The system uses precisely tailored pulses of light to simultaneously image with multiple wavelengths. This enables scientists to study concurrent processes within cells and tissue, and could give those studying cancer a new tool for tracking tumor progression and physicians new technology for tissue pathology and diagnostics.

The team saw that the cells near the mammary tumors in rats had differences in metabolism and morphology, indicating that the cells had been recruited by the cancer. In addition, they observed surrounding tissues creating infrastructure to support the tumor, such as collagen and blood vessels. They also saw communication between the tumor cells and the surrounding cells in the form of vesicles, tiny transport packages released by cells and absorbed by other cells. The authors concluded that they had demonstrated the versatility and efficiency of SLAM microscopy for tracking cellular events in vivo, and are a major enabling advance in label-free intravital microscopy (IVM).

Stephen A. Boppart, MD, PhD, a professor and head of the Biophotonics Imaging Laboratory, and senior author of the study, said, “With advances in microscopy techniques such as ours, we hope to change the way we detect, visualize and monitor diseases that will lead to better diagnosis, treatments and outcomes.” The study was published on May 29, 2018, in the journal Nature Communications.

University of Illinois at Urbana-Champaign