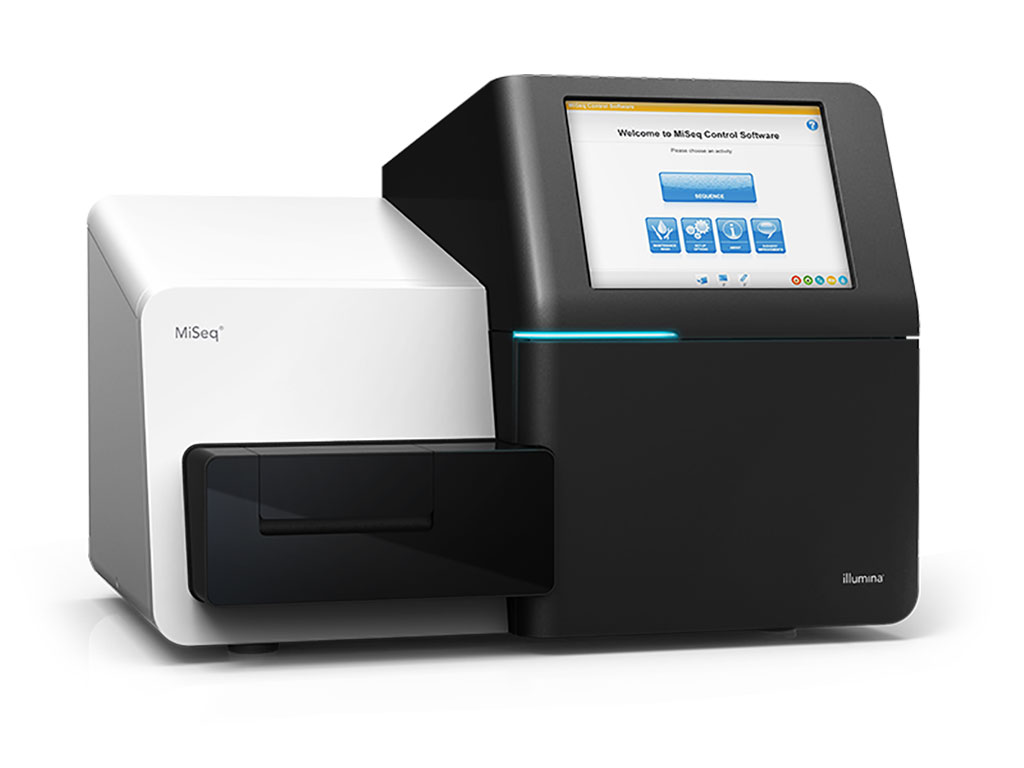 Image: The MiSeq Next Generation Sequencer is an integrated instrument that performs clonal amplification, genomic DNA sequencing, and data analysis with base calling, alignment, variant calling, and reporting in a single run (Photo courtesy of Illumina).
Parkinson’s disease (PD) is a common, progressive, and debilitating disease, which currently cannot be prevented or cured. With the exception of rare genetic forms, the cause of PD is unknown. Symptoms start gradually, sometimes starting with a barely noticeable tremor in just one hand. Tremors are common, but the disorder also commonly causes stiffness or slowing of movement.

The emerging information about the importance of the gut microbiome in human health and disease, together with the well-established connection between PD and the gut including common and early occurrence of constipation, inflammation, and increased gut membrane permeability, have raised the possibility that microorganisms in the gut may play a role in PD pathogenesis.

Neurologists at the University of Alabama at Birmingham (Birmingham, AL, USA) and their colleagues conducted a microbiome-wide association study (MWAS) with two large datasets for internal replication (n = 333 and 507). They used uniform methodology when possible, interrogated confounders, and applied two statistical tests for concordance, followed by correlation network analysis to infer interactions. The team used advances in DNA sequencing and computational tools to look for microbial communities that may be associated with PD.

The team discovered a remarkable difference between the two datasets, despite efforts to standardize data collection and analysis. Using network analysis, they found three polymicrobial clusters, and also found that each cluster shared functional characteristics. The first cluster was that of opportunistic pathogens overabundant in PD cases, a novel finding. The other two clusters were confirmatory of previous studies. In comparison to controls, persons with PD had reduced levels of a cluster of microbes that produce short-chain fatty acids. In the third cluster, the persons with PD had elevated levels of two genera that are carbohydrate-metabolizing probiotic microbes.

Haydeh Payami, PhD, a Professor of Molecular Genetics and the senior author of the study said, “There is more to be learned, with larger sample sizes with greater power, longitudinal studies to track change from prodromal to advanced disease, and by next-generation metagenome sequencing to broaden the scope from bacteria and archaea to include viruses and fungi, and improve the resolution to strain and gene level.” The study was published on June 12, 2020 in the journal npj Parkinson’s Disease.