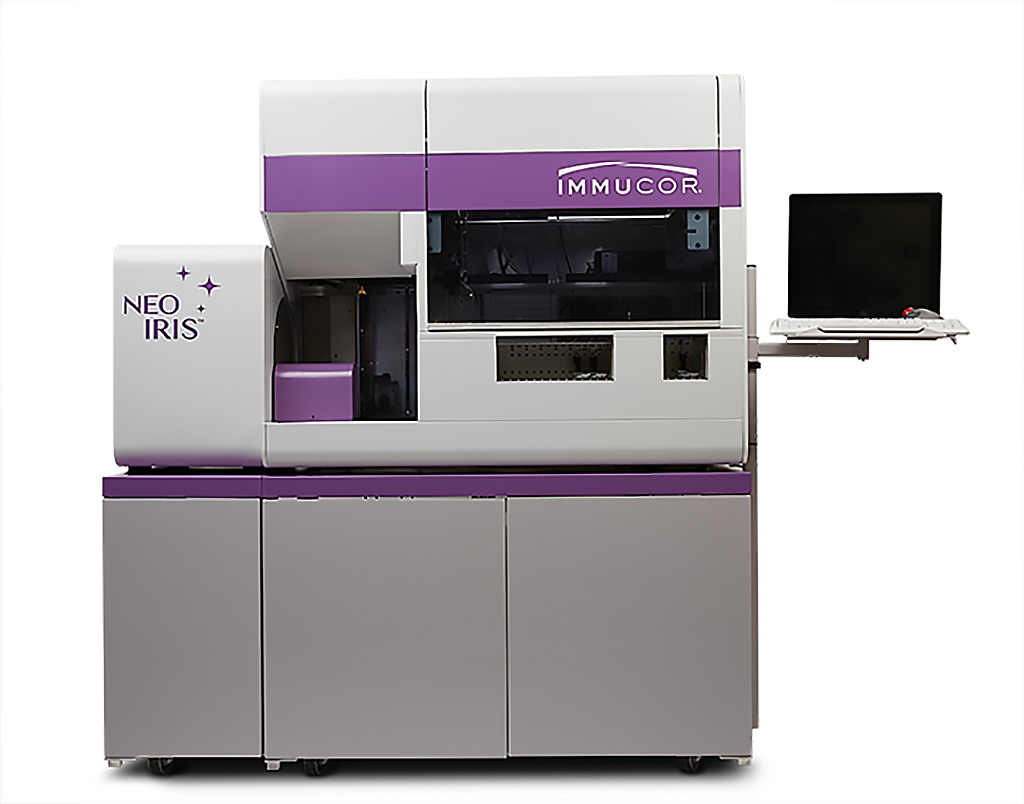 Image: The NEO Iris is a fully automated immunohematology analyzer for in vitro diagnostic testing of human blood (Photo courtesy of Immucor)
Autoantibodies directed against platelet glycoproteins have long been accepted as a major pathophysiologic mechanism in immune thrombocytopenia (ITP), but platelet autoantibody (PA) testing has previously shown poor sensitivity for ITP diagnosis.

Hematologists at the Massachusetts General Hospital (Boston, MA, USA) performed a comprehensive retrospective study of PA testing in adult patients with ITP strictly applying the criteria of the 2012 International Society on Thrombosis and Haemostasis (ISTH) and 2011 American Society of Hematology (ASH) guidelines. Of 986 PA assays performed, 485 assays in 368 patients met criteria and were included.

All PA assays meeting inclusion criteria were performed by using the commercially available PakAuto assay (Immucor, Brookfield, WI, USA), a direct and indirect solid-phase enzyme-linked immunosorbent assay (ELISA)-based test measuring antibodies against GPIIb/IIIa, GPIb/IX, and GPIa/IIa. This direct glycoprotein-specific PA assay measures antibodies eluted from the surface of platelets. A result was positive if optical density values were equal to or greater than two times the value obtained for the mean of the negative controls for the corresponding glycoprotein.

The scientists reported that the sensitivity and specificity of a positive test result for diagnosis of active ITP (n = 228 patients) were 90% and 78%, respectively. Sensitivity and specificity of a negative test result for clinical remission (n = 61 assays) were 87% and 91%. Antibodies against both glycoprotein IIb (GPIIb)/IIIa and GPIb/IX were required for the presence of antibodies against GPIa/IIa in patients with ITP. Logistic regression analysis revealed that more positive autoantibodies predicted more severe disease (relative to nonsevere ITP, relative risk ratio for severe ITP and refractory ITP was 2.27 and 3.09, respectively. Sixty-four patients with ITP had multiple PA assays performed longitudinally: all 10 patients achieving remission converted from positive to negative serologic results, and evidence for epitope spreading was observed in 35% of patients with ongoing active disease.