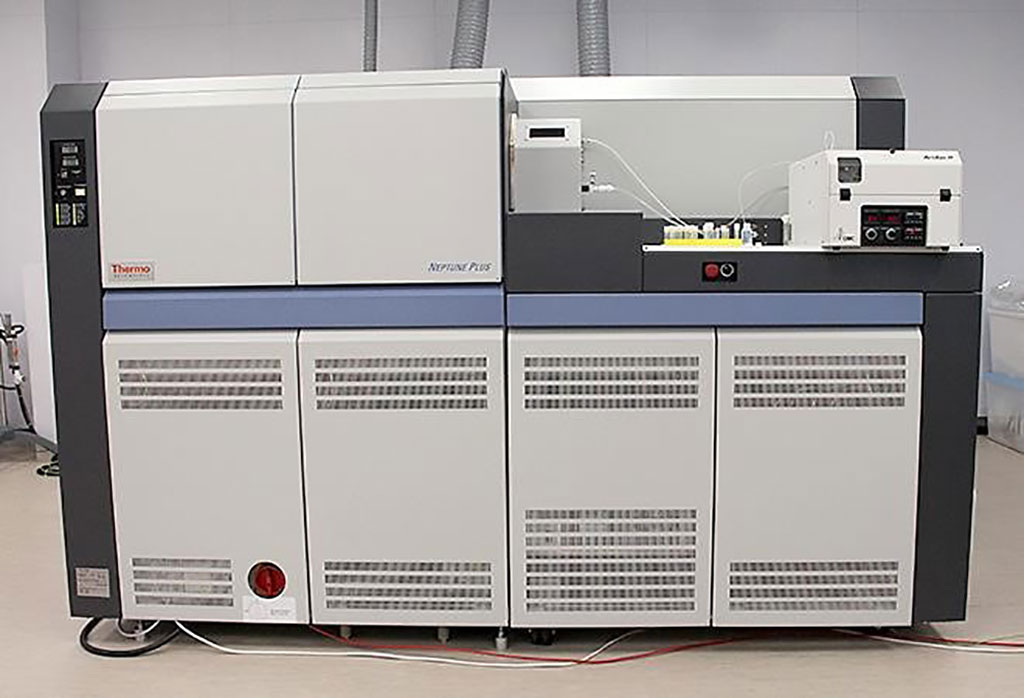 Image: The Neptune plus Multicollector-Inductively Coupled Plasma Mass Spectrometer (Photo courtesy of Thermo Fisher Scientific).
In the USA, around 10 million people have osteoporosis and 44 million have low bone density. Osteoporosis affects the bones of around 22 million people in the EU and about 85% of these people are women. It has a huge financial impact, which will increase as the population ages. Osteoporosis can be treated, but early diagnosis is important.

Isotopes of certain naturally occurring elements in the human body may have several advantages over traditional medical biomarkers and will probably introduce new, powerful, and practical sets of diagnostic tools. Among them stable Calcium (Ca) isotope ratios which may serve as sensitive biomarkers for osteoporosis and other diseases.

Scientists from GEOMAR (Kiel, Germany) and their medical colleagues developed a new system out of a standard technique for measuring trace elements and their isotopes in geochemistry. Geochemists routinely identify and quantify elements which have different stable isotopes. The team studied samples from a group of 80 women, 14 of whom had osteoporosis as measured by the dual-energy X-ray absorptiometry (DXA), the gold standard for determination of bone mineral density (BMD). Calcium isotope measurements were performed on a Neptune plus Multicollector-Inductively Coupled Plasma Mass Spectrometer (MC-ICP-MS, Thermo Fisher Scientific, Bremen, Germany).

The scientists found that the ratio of calcium-44 to calcium-42 (44Ca/42Ca) was significantly lower in the blood and the urine of women with osteoporosis. The initial results showed that the test picked up 100% of the osteoporosis cases found by DXA. It seemed to over-estimate (in comparison to DXA) the number of women diagnosed with osteoporosis who did not have the condition, but a two-year follow-up in fact showed that many of these women went on to develop the disease.

Rukshana Shroff, MD, FRCPCH, PhD, a Consultant Nephrologist at Great Ormond Street Hospital for Children and a co-author of the study, said, “One of the beauties of the new method is that it measures calcium in the blood or urine, and so we get a picture of what's happening in the whole skeleton, not just the bone and spine. Importantly, we have found that we don't need to wait until bones become weaker to see the changes caused by calcium loss. This test allows us to see bones losing calcium more or less in real time, which means that we can pick up osteoporosis earlier and treat it.”

Anton Eisenhauer, PhD, a professor of geochemistry, and lead author of the study, said, “The test is already being used in routine settings. However, it's still expensive, due to the more sophisticated sample preparation and the use of high resolution Plasma Mass Spectrometers, but we anticipate the price will drop with increasing use, this happened even with DXA scanners when they were introduced. It's likely that the first practical use of these tests will be to measure how bone recovers when treated with bone building drugs. No other method can show this so sensitively and in a reasonable time.” The study was presented at the Goldschmidt 2020 virtual conference held June21 – June 26, 2020.