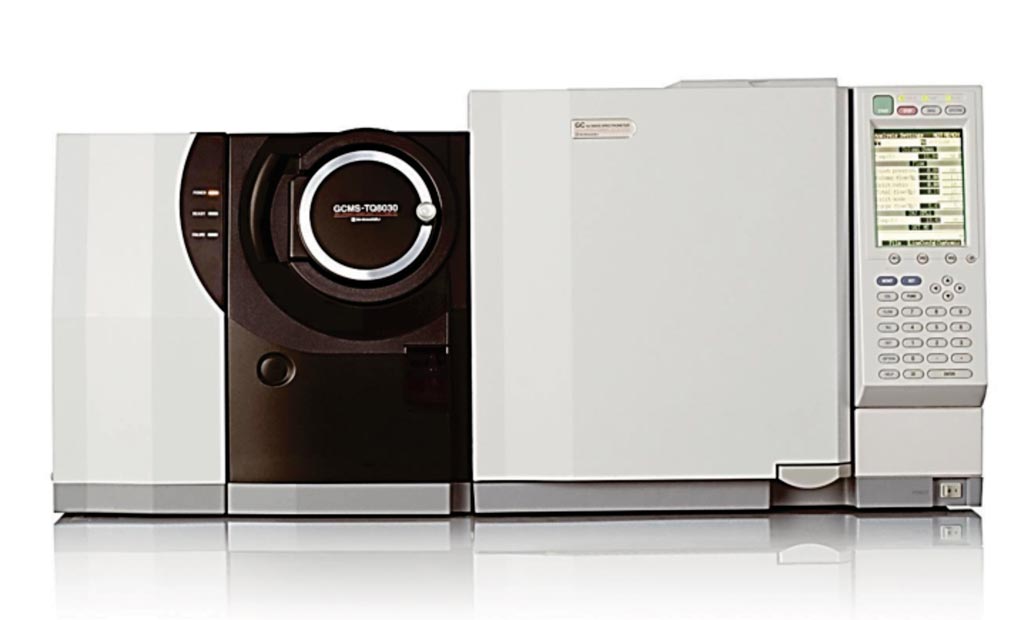 Image: Gas chromatography-tandem mass spectrometry GCMS TQ-8030 GC-MS/MS (Photo courtesy of Shimadzu).
Diet is frequently associated with both the development and prevention of type 2 diabetes (T2D), but there is a lack of objective tools for assessing the relation between diet and T2D.

A pioneering method has demonstrated its potential in a large study, showing that metabolic fingerprints from blood samples could render important new knowledge on the connection between food and health and that diet is one of the strongest predictors of type 2 diabetes risk in older women.

Scientists at the Chalmers University of Technology (Gothenburg, Sweden) measured dietary biomarkers were measured in plasma from 64-y-old Swedish women with different glucose tolerance status (GTS). There were 190 with normal glucose tolerance (NGT), 209 with impaired glucose tolerance (IGT), and 230 diagnosed with diabetes. The same subjects were followed up after five years to determine changes in glucose tolerance (167 for NGT, 174 for IGT, and 159 for diabetes).

The blood samples were analyzed, using gas chromatography-tandem mass spectrometry metabolomics where a unique metabolic fingerprint, including many different diet biomarkers, could be linked to each woman at the specific time the sample was taken. Samples were injected onto a Shimadzu GCMS TQ-8030 GC-MS/MS and both scan and multiple reaction monitoring data was collected for further data analysis. Using this method it was possible for the first time to objectively determine the impact of key dietary components on future type 2 diabetes risks, as well as to find differences in dietary patterns between women with and without type 2 diabetes.

Alastair B. Ross, PhD, an associate professor and lead author of the study, said, “The new method has allowed us to measure several markers of diet and nutrient status at the same time in a large number of people, which we believe is the first time this has been done. New methods such as ours will help to improve how we measure diet and understand in more detail how dietary patterns relate to disease.” The study was published on September 13, 2017, in the American Journal of Clinical Nutrition.