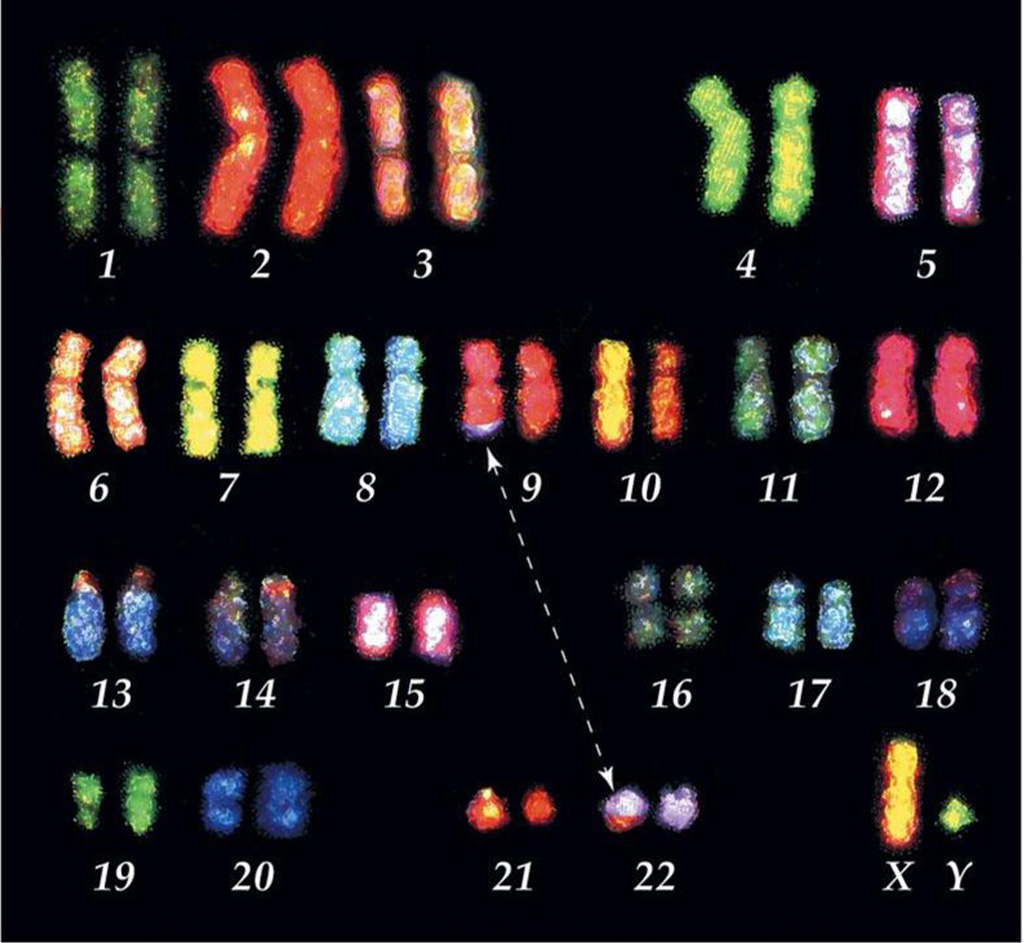 Image: Translocation: a fragment of a chromosome is moved (trans-located) from one chromosome to another and joins a non-homologous chromosome. The balance of genes is still normal (nothing has been gained or lost), but can alter phenotype as it places genes in a new environment (Photo courtesy of Indiana University).
Recurrent miscarriage, or the loss of two or more pregnancies, affects between 1% and 2% of couples. Chromosomal abnormalities are the major genetic cause of miscarriage and are detected by routine analysis in about 1 in 50 couples.

An international team of scientists led by those at Shandong University (Jinan, China) performed low-pass genome sequencing on the genomes of 1,090 couples with recurrent miscarriage (RM), or a total 2,180 individuals. A customized sequencing and interpretation pipeline was developed to identify chromosomal rearrangements and deletions/duplications with confirmation by fluorescence in situ hybridization, chromosomal microarray analysis, and polymerase chain reaction (PCR) studies.

Among the 1,077 couples they were able to get results for, the team uncovered 127 structural chromosomal abnormalities, in 126 couples, which they validated by PCR and Sanger sequencing. This represents a diagnostic yield of 11.7% for low-pass sequencing. They further calculated that low-pass sequencing has a sensitivity of about 90%, a specificity of 100%, a positive predictive value of 99%, and was 99% accurate. Balanced translocations were the most common genetic alteration in couples with recurrent miscarriage, affecting nearly 62% of couples. Not all of these abnormalities were captured by the karyotyping the couples initially underwent. Of the 78 couples in which genome sequencing uncovered balanced translocations, 70 were identified via karyotyping, while eight were only detected by sequencing. However, sequencing missed 10 translocations.

Low-pass GS revealed additional chromosomal abnormalities in 50 (4.0%) couples, including eight with balanced translocations and 42 inversions. Follow-up studies of these couples showed a higher miscarriage/fetal-anomaly rate of 5/10 (50%) compared to 21/93 (22.6%) in couples with normal GS, resulting in a relative risk of 2.2. In these couples, this protocol significantly increased the diagnostic yield of chromosomal abnormalities per couple (11.7%) in comparison to chromosome analysis.

Cynthia Morton, PhD, a director of cytogenetics and co-author of the study, said, “There are couples who have chromosomal rearrangements that can't be seen by classical methods. The new technique we've used here increases the number of couples who we can see are at risk for having miscarriage.”

The authors concluded that low-pass GS identified underlying chromosomal aberrations in 1 in 9 RM-affected couples, enabling identification of a subgroup of couples with increased risk of subsequent miscarriage who would benefit from a personalized intervention. The study was published on October 31, 2019 in the American Journal of Human Genetics.