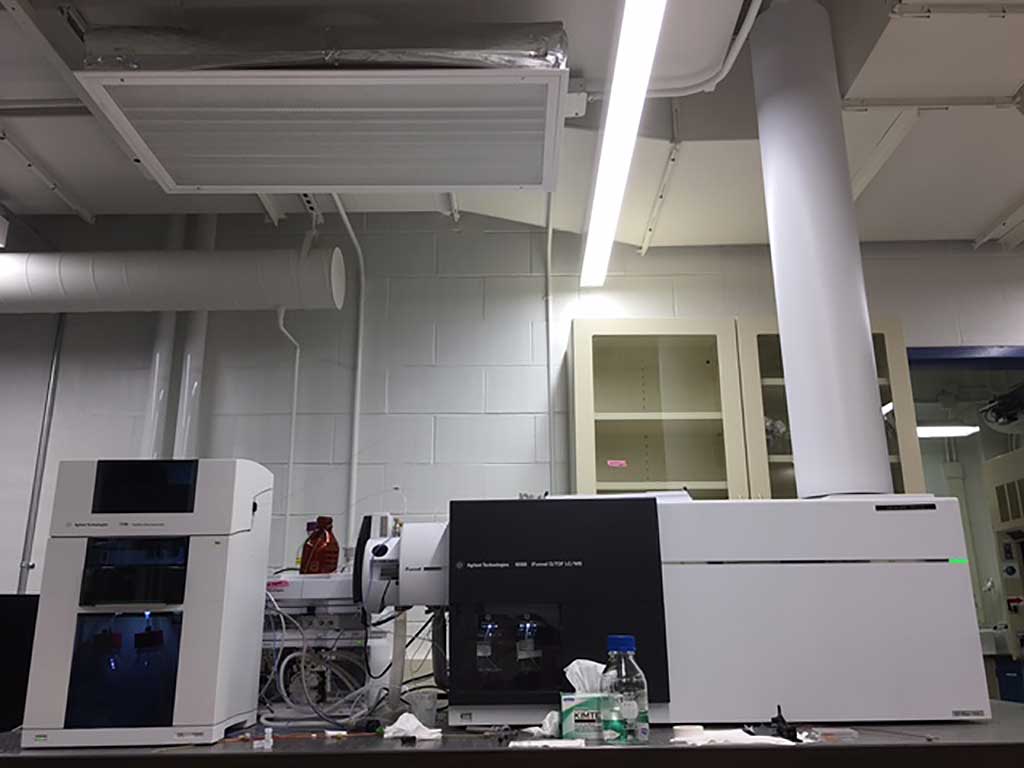 Image: A multisegment injection-non-aqueous-capillary electrophoresis–mass spectrometer (MSI-NACE-MS) (Photo courtesy of McMaster University)
An advanced analytical technique was used to determine unequivocally the composition of fats in the diets of pregnant women and female patients suspected of being deficient in certain dietary fats.

Investigators at McMaster University (Hamilton, Ontario, Canada) sought to develop a method to monitor objectively dietary fat intake in women that would be complementary to the currently used self-kept dietary records or food frequency questionnaires. For this purpose, they turned to the advanced analytical technique known as multisegment injection-non-aqueous-capillary electrophoresis–mass spectrometry or MSI-NACE-MS.

Capillary electrophoresis-mass spectrometry (CE-MS), is a high efficiency microseparation platform that is ideal for analysis of a broad range of ionic metabolites in volume-restricted or mass-limited biological specimens. Selectivity in CE is based on differences in the electrophoretic mobility of metabolites in aqueous or non-aqueous buffer conditions that can be predicted accurately based on their physicochemical properties, which is coupled to an electrospray ionization (ESI) source prior to high resolution, accurate mass analysis.

In the intervention cohort, serum omega-3 NEFAs increased 2.5-fold from baseline within 28 days following fish oil supplementation, and this increase was most pronounced for EPA. Unlike for docosahexaenoic acid, circulating EPA, as its NEFA, also strongly correlated to EPA concentrations measured from erythrocyte phospholipid hydrolysates and was better suited to detect dietary non-adherence.

"The food we consume is highly complex and difficult to measure when relying on self-reporting or memory recall, particularly in the case of dietary fats. There are thousands of chemicals that we are exposed to in foods, both processed and natural. Epidemiologists need better ways to reliably assess dietary intake when developing nutritional recommendations," said senior author Dr. Philip Britz-McKibbin, professor of chemistry and chemical biology at McMaster University. "Fat intake is among the most controversial aspects of nutritional public health policies given previously flawed low-fat diet recommendations, and the growing popularity of low-carb/high-fat ketogenic based diets. If we can measure it reliably, we can begin to study such questions as: Should pregnant women take fish oil? Are women deficient in certain dietary fats? Does a certain diet or supplement lead to better health outcomes for their babies?"

The dietary fat study was published in the March 31, 2020, online edition of the Journal of Lipid Research.