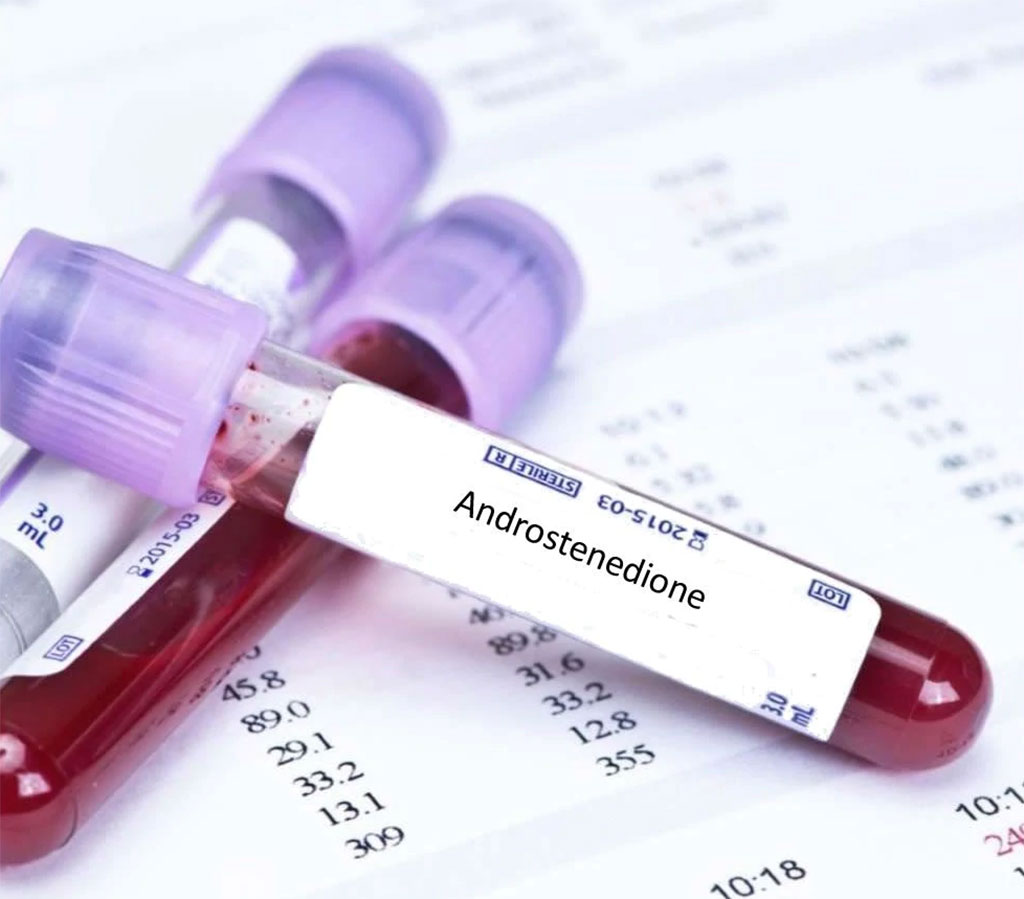 Androstenedione (ASD) is a biomarker used in the diagnostic workup of hyperandrogenism, congenital adrenal hyperplasia, premature adrenarche, and polycystic ovary syndrome (PCOS). Androstenedione is the precursor of testosterone and estrone and is produced in the gonads and adrenal glands.

Along with other sex hormones, ASD is essential for the onset and development of sexual differentiation in males and females. ASD measurement in serum or plasma is used to assess adrenal and gonadal function and steroid hormone biosynthesis deficiency. A new ASD competitive electrochemiluminescence immunoassay has been evaluated.

The investigators reported that the Elecsys ASD assay had a linear response across the AMR. The intra- and inter-assay coefficients of variation at various concentrations were ≤4.5%. The Elecsys ASD assay had a mean difference of −0.04 ng/mL (−1.7%) with the LC-MS/MS assay, whereas the Immulite assay had a mean difference of 1.17 ng/mL (66%) and −1.22 ng/mL (−38%) compared to the LC-MS/MS and Elecsys ASD assays, respectively. The Roche recommended RIs for healthy men (0.280–1.52 ng/mL) and postmenopausal women (0.187–1.07 ng/mL) were successfully verified. The RIs for children were adopted from published data. For pre-menopausal women, a RI of <1.60 ng/mL was established. The ASD concentrations in women with and without PCOS overlapped.

The authors concluded that the Elecsys ASD assay has excellent precision, specificity, and accuracy. It offers many advantages over the Immulite ASD assay and is a suitable alternative for ASD measurement in clinical laboratories. However, the assay should be thoroughly validated before its use for clinical testing and reference intervals established for the patient population, as needed. The Elecsys ASD assay has superior comparability to the LC-MS/MS assay than the Immulite assay. The study was published on May 10, 2022 in the journal Practical Laboratory Medicine.