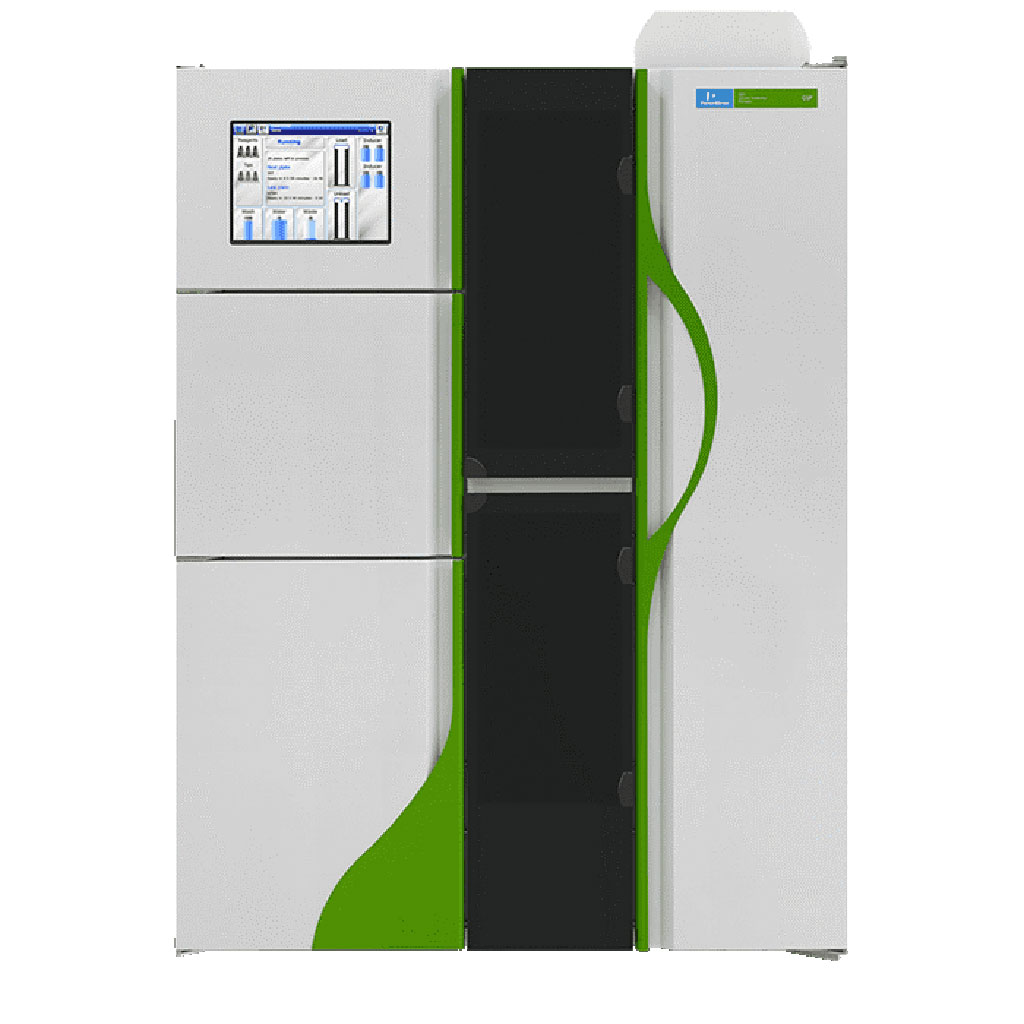 Image: The Genetic Screen Processor (GSP) is a high throughput batch analyzer intended for quantitative or qualitative measurement of neonatal screening samples on 96-well microplates (Photo courtesy of PerkinElmer)
The most prevalent predisposing factor to intellectual disability is congenital hypothyroidism (CH), which is referred to the deficiency in thyroid hormone since birth. It could be either transient or persistent deficiency. Persistent deficiency of thyroid hormone requires life-long thyroid hormone replacement. This state is known as permanent congenital hypothyroidism.

Pediatricians at the King Abdulaziz Medical City (Jeddah, Saudi Arabia) and their colleagues conducted a comparative cross-sectional study that included 21,012 newborn screened babies for congenital hypothyroidism starting from September 2013 until March 2019. Both cord-blood and heel-prick TSH were collected from each newborn.

The scientists reported that out of the total screened newborns, 12 were confirmed for having primary congenital hypothyroidism. Nine cases were positive for cord-blood TSH (Sensitivity 75%, specificity 99.9%, and a recall rate of 0.004%), while 139 cases were positive for heel-prick blood TSH (Sensitivity of 100%, specificity of 99.3%, and a recall rate of 0.60%). Male, full term babies with normal birth weight had higher TSH levels in both heel prick and cord blood in comparison with others. Cord-blood-positive CH cases were only term (100%) with normal birth weight (100%) and were predominantly females (70%).

The authors concluded that for the screening of CH, heel prick is considered a superior method, but cord blood remains a practical option due to its cost-effectiveness, immediate action, and lower recall rate. Therefore, whenever recall is difficult and/or early discharge is the practice, cord blood is an alternative method to heel prick, but not with cases of prematurity. The study was published on December 3, 3021 in the Journal of Clinical Laboratory Analysis.