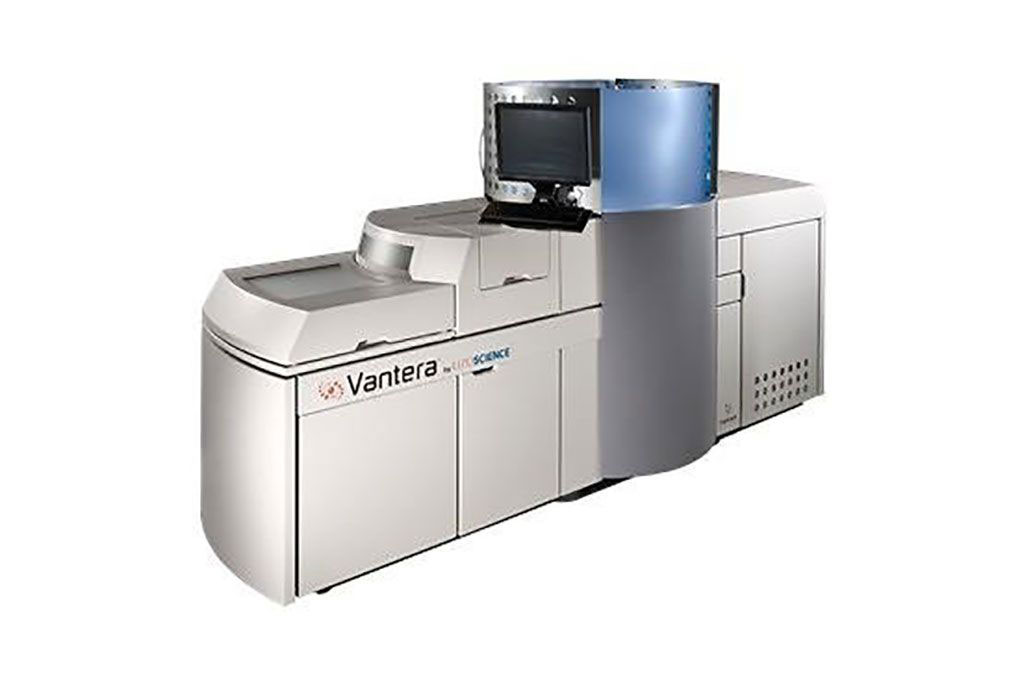 Image: The Vantera Clinical Analyzer can identify and quantify concentrations of choline using NMR spectroscopy (Photo courtesy of American Association for Clinical Chemistry)
Gut microbiome-related metabolites, like trimethylamine-N-oxide (TMAO), betaine and choline are increasingly recognized as contributors to, as well as markers of, cardiometabolic and other chronic diseases. Gut microbiome mediated metabolism of phosphatidylcholine leads to the production of choline, which is then metabolized to either trimethylamine (TMA) or betaine.

Choline is important because it is a component of membrane phospholipids including phosphatidylcholine, the most abundant phospholipid in humans. Choline is also needed for methyl group metabolism, cholinergic neurotransmission as well as lipid and cholesterol transport and metabolism. A high-throughput nuclear magnetic resonance (NMR)–based assay to measure choline has been developed.

Scientists from the Laboratory Corporation of America Holdings (Morrisville, NC, USA) pooled de-identified residual clinical specimens that were pooled to enable the analytical validation studies. In addition, blood draws were performed when appropriate de-identified specimens were not available. Serum or plasma specimens were diluted on board the Vantera Clinical Analyzer (LipoScience Inc, Raleigh, NC, USA) with citrate/phosphate buffer to lower the pH to 5.3. Choline was quantified from the processed spectra using a proprietary multi-step deconvolution algorithm that resolves the choline region into its spectral components. A method comparison study was performed to compare choline concentrations determined by both NMR and liquid chromatography tandem mass spectrometry (LC-MS/MS), 1290 UHPLC system coupled to a 6495B QQQ mass spectrometer (Agilent Technologies, Santa Clara, CA, USA).

The investigators reported that Deming regression analysis comparing choline concentrations by NMR and mass spectrometry (n=28) exhibited a correlation coefficient of 0.998. The limit of quantification were determined to be 7.1 µmol/L in serum and 5.9 µmol/L in plasma. The coefficients of variation (%CV) for intra- and inter-assay precision ranged from 6.2–14.8% (serum) and 5.4–11.3% (plasma). Choline concentrations were lower in EDTA plasma by as much as 38% compared to serum, however, choline was less stable in serum compared to plasma. In a population of apparently healthy adults, the reference interval was <7.1–20.0 µmol/L (serum) and <5.9–13.1 µmol/L (plasma). Linearity was demonstrated well beyond these intervals. No interference was observed for a number of substances tested.

The authors concluded that the newly developed NMR-based assay exhibited good performance characteristics enabling high-throughput quantification of circulating choline for clinical use. While lower choline concentrations were observed in plasma compared to serum, choline was more stable in plasma. The study was published on December 4, 2021 in the journal Clinica Chimica Acta.