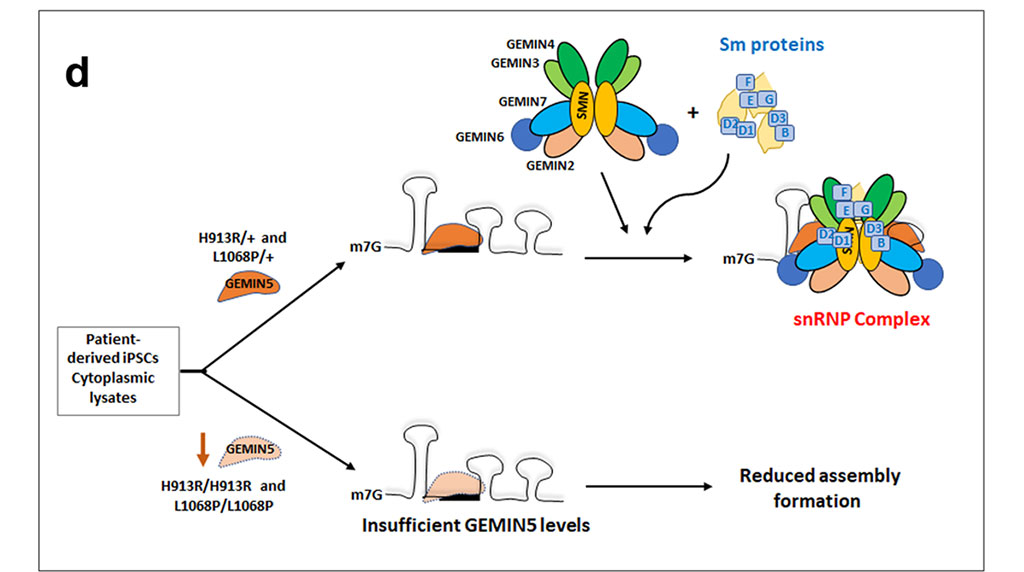 Image: Diagrammatic representation showing the possible mode of disruption in small nuclear ribonucleoproteins (snRNP) complex formation due to loss of GEMIN5 in L1068P and H913R variants
GEMIN5, an RNA-binding protein is essential for assembly of the survival motor neuron (SMN) protein complex and facilitates the formation of small nuclear ribonucleoproteins (snRNPs), the building blocks of spliceosomes.

Perturbing the physiological functions of RNA-binding proteins (RBPs) can lead to motor neuron diseases such as amyotrophic lateral sclerosis, and spinal muscular atrophy (SMA) among others. RBPs are critical for regulating multiple molecular functions including splicing, localization, translation, and mRNA stability.

Deepa S. Rajan, MD, an assistant professor of pediatrics and a senior author of the study, said, “Children came into the clinic with non-specific symptoms, such as developmental delay and abnormal gait. Their doctors ran all the possible tests, including assessing a child's metabolic function, to no avail--their conditions had no easy explanation. It was not until we did an extensive genome analysis that we found that these patients had mutations in the GEMIN5 gene.”

The authors concluded that their findings collectively provide evidence that pathogenic variants in GEMIN5 perturb physiological functions and result in a neurodevelopmental delay and ataxia syndrome. Also that biallelic variants in GEMIN5 cause developmental delay, motor dysfunction, and cerebellar atrophy and reduce snRNP complex assembly proteins, impair snRNP assembly and misregulate RNA targets. The study was published on May 7, 2021 in the journal Nature Communications. 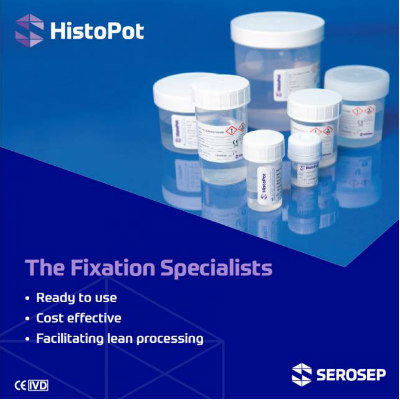