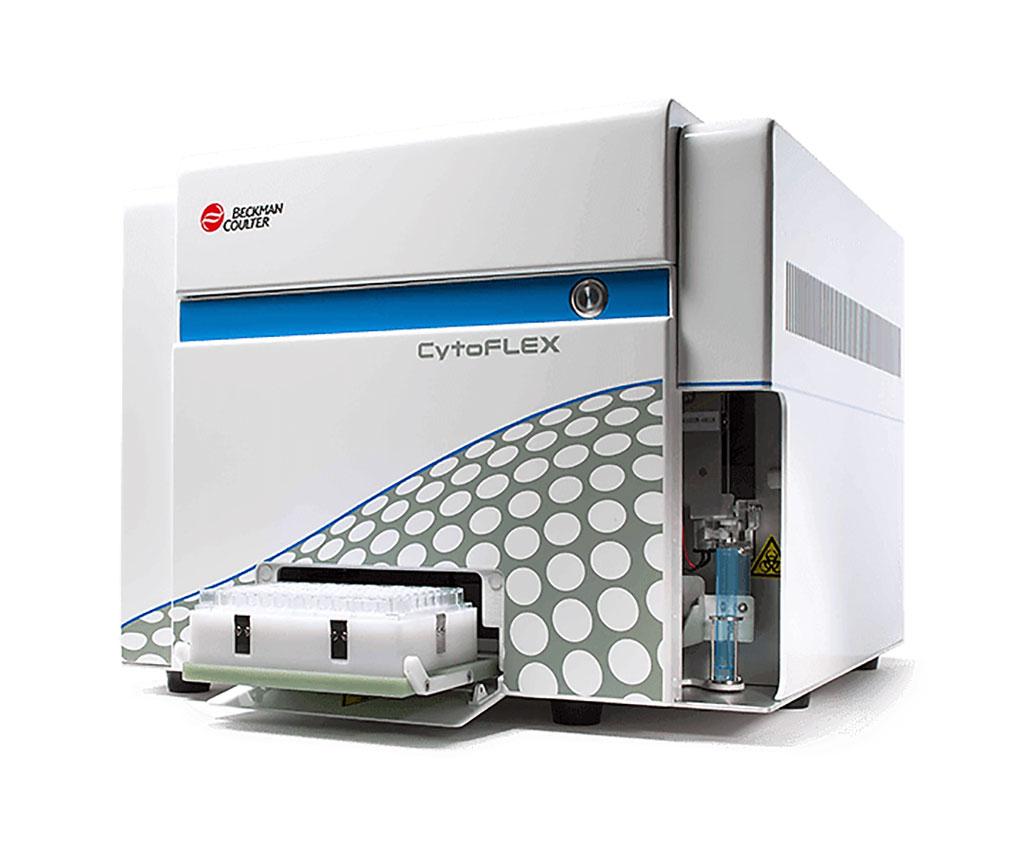 Image: The CytoFLEX benchtop flow cytometer features up to three lasers for 13-color flow cytometry (Photo courtesy of Beckman Coulter Life Sciences).
Although asthma is a common chronic airway inflammatory disease in children, the natural history of asthma remains unknown. It is difficult to diagnose asthma in children aged under five years because of the complexity of wheezing phenotypes at that age.

Basophils are important immune cells that are involved in allergic diseases including asthma. CD63-based basophil activation tests (BATs) are a useful tool for not only identifying specific allergens, but also monitoring immunologic homeostasis. BATs are used for diagnosing food and drug allergies with high specificity and sensitivity.

The scientists collected anti-coagulated peripheral blood and stored at 2–8 °C for up to 6 hours. The Basophil Activation Test Set (Bühlmann Laboratories, Schönenbuch, Switzerland) was used for the BAT. In vitro stimulation was performed using an inhalant mix (Bühlmann Laboratories) that included common inhalation allergens (GX1, G12, T3, T4, W6, W9, M6, D1, D2, E1, and E2) as specific antigens. After processing and the red blood cells were lysed, the cells were resuspended in phosphate-buffered saline and assessed with a CytoFLEX flow cytometer (Beckman Coulter, Brea, CA, USA). The test result was considered positive when the level of CD63 expression in stimulated cells was >15% over the baseline level.

The investigators reported that of the 45 originally enrolled children, 38 completed both the follow-up and a BAT. After stimulation with the inhalant mixture, the CD63 expression on basophils and the rate of positive CD63-based BAT results in children diagnosed with asthma were both significantly higher than those in children who were not diagnosed with asthma. For the prediction of asthma, the positive predictive value and negative predictive value of CD63-based BAT was 71.8 and 69.2%, respectively. The positive likelihood ratio and negative likelihood ratio of CD63-based BAT were 1.70 and 0.3, respectively.

The authors concluded that their study indicates that CD63-based BAT has potential clinical value for predicting asthma outcome in young children with wheezing episodes. The study was published on January 6, 2021 in the journal BMC Immunology.