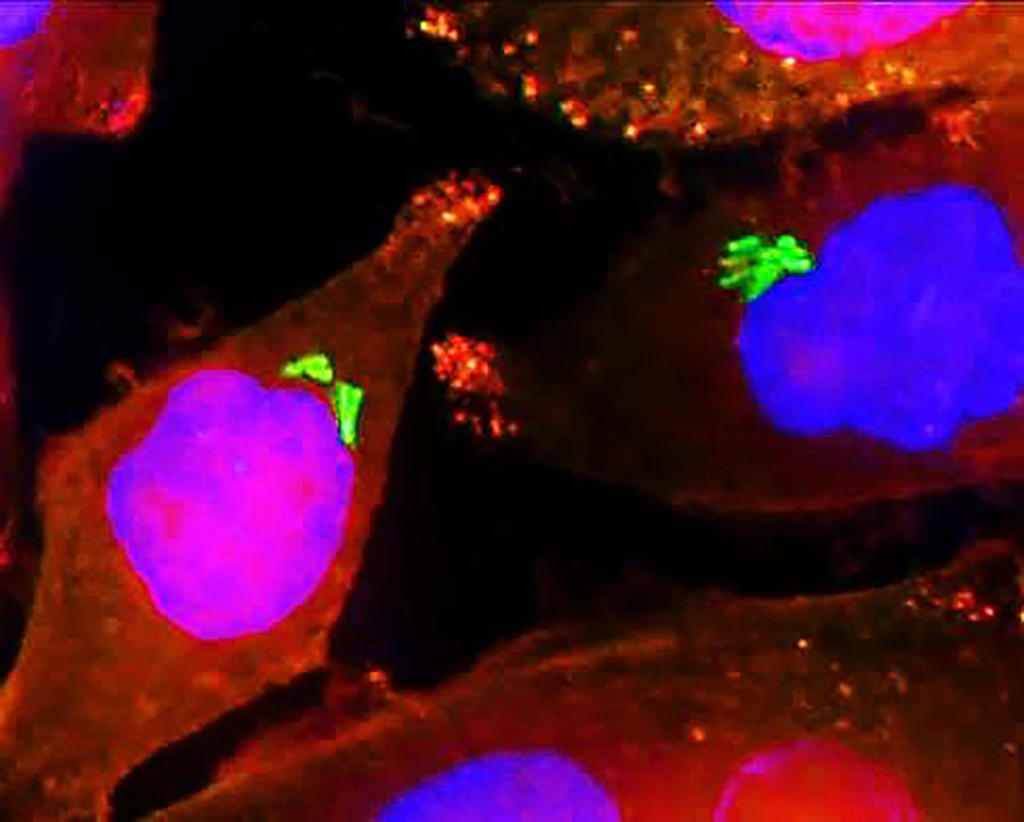 Image: Bacteria (green) inside human pancreatic cancer cells (AsPC-1 cells). The cells’ nuclei are stained blue while their cytoplasm is stained orange (Photo courtesy of Weizmann Institute of Science).
Bacteria are well-known residents in human tumors, but whether their presence is advantageous to the tumors or to the bacteria themselves has been unclear. Bacteria found within tumors were localized within both cancer cells and immune cells and that the bacterial composition varied according to tumor type.

In what outside experts called the most rigorous and comprehensive survey of bacteria in human tumor samples, scientists have discovered distinct populations of microbes living inside different types of tumors: In other words, breast and brain and pancreatic tumors have their own characteristic microbiomes.

The samples were collected from patients at nine medical centers, and the scientists focused on 528 bacterial species found in the tumors in their analysis. The team used immunohistochemistry, fluorescence in situ hybridization with 16S rRNA-targeting probes, and other pathology approaches and they showed that the majority of the microbes identified in the tumor samples were intracellular bacteria nestled within tumor and immune cells. This finding was supported by follow-up testing on four freshly collected breast tumor samples.

The investigators reported that each tumor type has a distinct microbiome composition and that breast cancer has a particularly rich and diverse microbiome. The intratumor bacteria are mostly intracellular and are present in both cancer and immune cells. They also noted correlations between intratumor bacteria or their predicted functions with tumor types and subtypes, patients’ smoking status, and the response to immunotherapy. The study was published on May 29, 2020 in the journal Science.