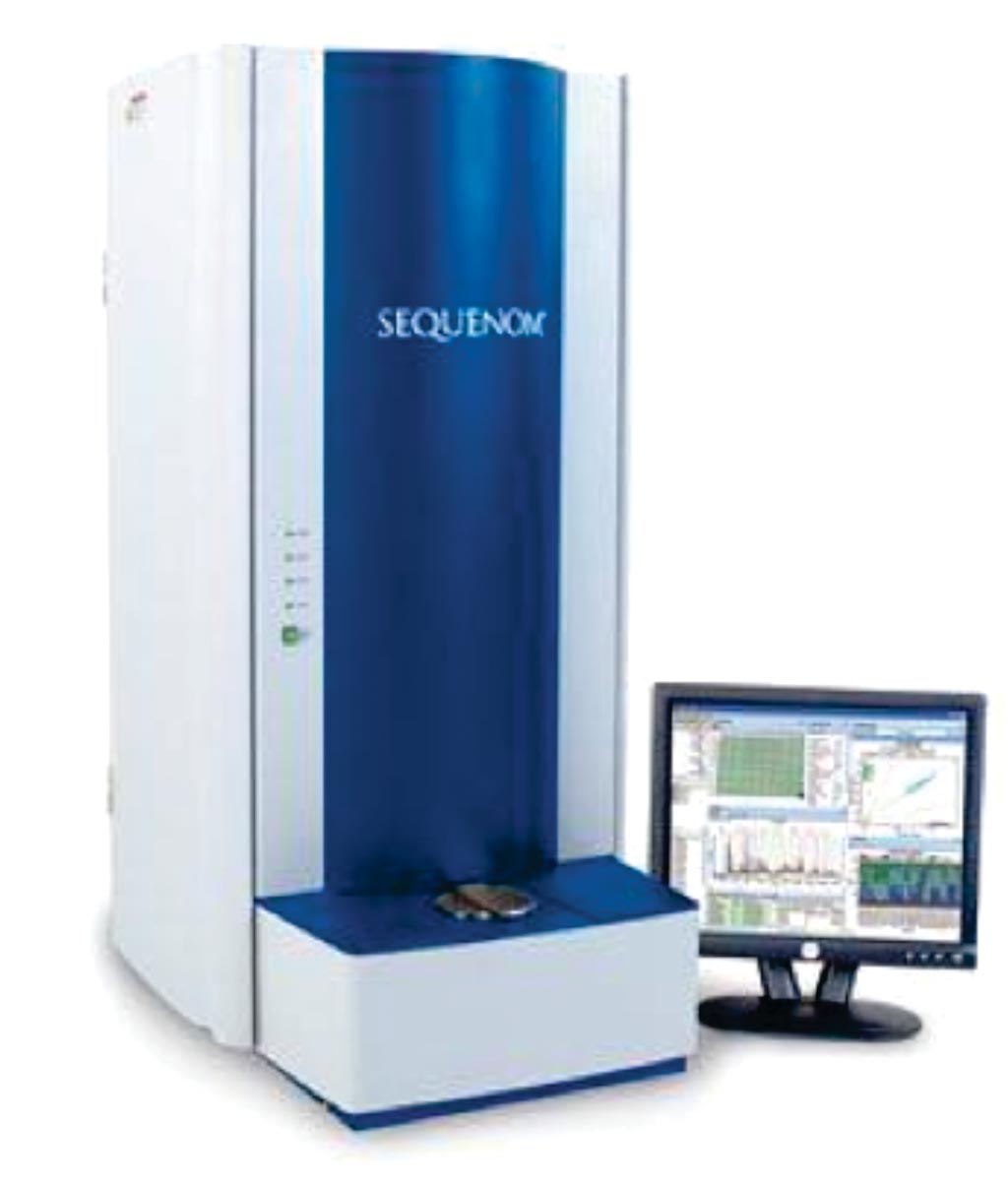 Image: iPLEX Gold is a SNP genotyping assay that runs on Sequenom\'s MassArray mass spectrometer (Photo courtesy of Sequenom).
Breast cancer is the most common cancer in women, with an estimated one out of every eight women expected to develop it in their lifetimes. While environmental factors like smoking, diet or lack of physical activity can lead to cancer, a person's genes also contribute to the risk of getting the disease.

Scientists have added a new genetic marker to the breast cancer map, helping to expand the list of genetic mutations clinicians can watch for in cancer screenings. Caucasian women carrying the genetic variation compared to women without the variation and in premenopausal women that risk reached as high as 40%. The ability to identify those genes and their variants (called alleles) can be vital to early detection and life-saving treatment.

Medical scientists at the University of Alberta (Edmonton, AB, Canada) examined breast cancer risk in Caucasian women divided into premenopausal and postmenopausal groupings. Because the majority of breast cancers are diagnosed in women over the age of 55, most genetic association studies focus on postmenopausal women. However, inherited forms of cancers, typically related to genetic mutations, are more likely to be more aggressive and be diagnosed earlier in life.

The scientists reported that the SNP rs1429142 (C/T, minor allele frequency 18%) showed statistically significant association for the overall breast cancer risk in Stages 1–4 (n = 4,331 cases/4,271 controls), and an elevated risk among premenopausal women (n = 1,503 cases/4,271 controls) in European populations. SNP rs1429142 was associated with premenopausal breast cancer risk in women of African, but not from Chinese ancestry. Fine‐mapping of the locus revealed several potential causal variants, which are present within a single association signal, revealed from the conditional regression analysis.

The authors concluded that they had identified three potential causal variants (rs1366691, rs1429139 and rs7667633) strongly associated with premenopausal breast cancer risk and the variants appear to have enhancer functions, likely regulating the nearby target genes. The study was originally published online on May 14, 2019, in the International Journal of Cancer.